Three Nevisians In Hurricanes’ 13 And One In Reserve 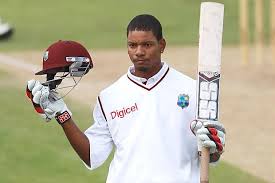 St. Kitts and Nevis (Sports Page) – Three Nevisians have been included in the squad recently released, to represent the Leewards Hurricanes in the upcoming regional season.

Speedster Kian Pemberton has been named as one of two reserves, who will also travel with the team.

The squad has travelled to Antigua where they will make final preparations for their first round match versus Barbados.