Three Times The Charm: Spurs and Village Each Score Three In Wins 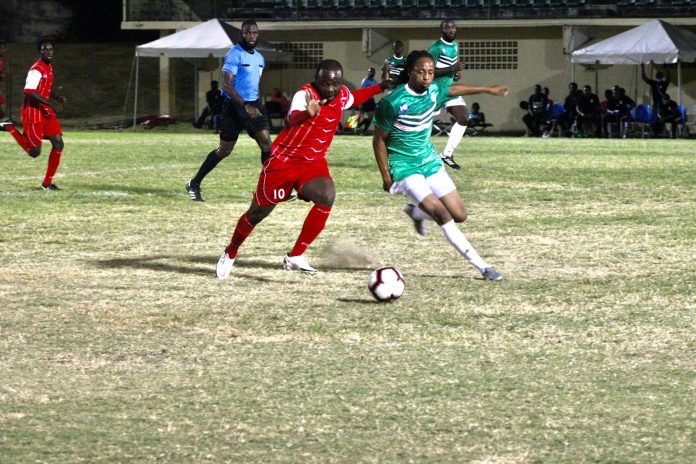 (SKNFA) It was a seven-goal thriller on the weekend in the SKNFA Premier League at Warner Park as Hobson Enterprises Garden Hotspurs and Rams Village Superstars each enjoyed victories over their opponents. In the case of Village, they dispatched Trafalgar Southstars 3-1 while Spurs dismissed S-Krave Newtown United 3-0.

Spurs scored two of their three goals in the first half to go in halftime 2-0 up. It didn’t help
Newtown’s cause that Levanje Liburd of Newtown was sent off in the 42nd minute after picking a straight red card.