Tim Duncan To Be Inducted Into Basketball Hall of Fame Saturday 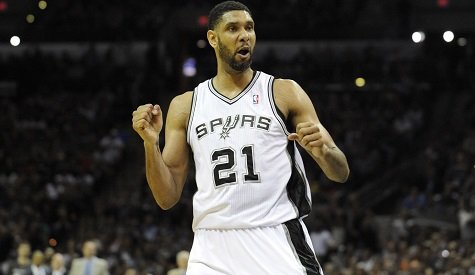 (VI Consortium) Five-time NBA champion, two-time NBA M.V.P., three-time NBA Finals M.V.P. and fifteen-time NBA All Star player, Tim Duncan — a St. Croix native — will officially have another accolade associated to his name on Saturday: hall of fame inductee. Mr. Duncan will be officially inducted on Saturday into the Naismith Memorial Basketball Hall of Fame during a ceremony beginning at 5:30 on ESPN. Mr. Duncan will be introduced by former teammate and member of the hall of fame, David Robinson.

Mr. Duncan was drafted No. 1 overall in the 1997 NBA Draft out of Wake Forest, and dominated the NBA over the course of 19 Seasons, all with the San Antonio Spurs. He won the Rookie of the Year after averaging 21.1 points and 11.9 rebounds a game during the regular season of his initial year.

The legendary sportsman won his first title in 1999 when the Spurs defeated the New York Knicks in five games. He scored 33 points in Game 1, and was named the M.V.P. of the series, averaging 27 points a game while securing 14 rebounds a contest.

Mr. Duncan’s second title and second finals M.V.P. was in 2003 when the Spurs defeated the then-New Jersey Nets in six games. In that series, Mr. Duncan averaged 24.2 points per game, 17 rebounds, 5.3 assists and 5.3 rebounds.