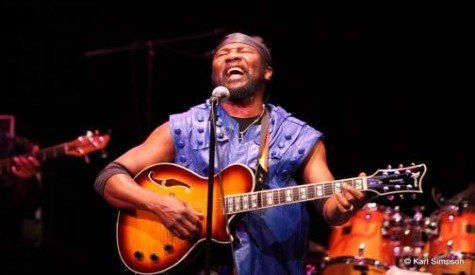 (Jamaica Gleaner) With a Tuesday, January 19 deadline looming and 4,800 of the 6,000 signatures needed to get music icon Frederick ‘Toots’ Hibbert of Toots and the Maytals in the running for the Rock and Roll Hall of Fame, the organisers of a petition are urging fans to go online and sign it.

“We only have a few days to get 1200 more signatures to get Toots and the Maytals into the Rock and Roll Hall of Fame. I am begging everyone to please go to this website and click on the link at the top right corner and vote for Toots at www.niceup.com,” Grammy-award-winning producer, Wayne ‘Native Wayne’ Jobson, told The Gleaner on Sunday.

According to the petition, “Frederick ‘Toots’ Hibbert belongs in the Rock & Roll Hall of Fame. Not only did he create the word “reggae” in his 1968 song Do the Reggay, but he was also featured in the groundbreaking film, The Harder They Come, alongside good friend and Hall of Fame inductee, Jimmy Cliff.” It also quotes a British encyclopedia which stated that, “No artiste ever painted a broader and truer canvas of daily life in Jamaica than Toots; the full-blooded celebrations of Sweet and Dandy; the screaming cry against injustice in 54-46; the harsh strains of ghetto life in Pressure Drop; the sheer exuberance of first love in It’s You; the happy companionship of Never You Change [and] the ever-present threat of violence described in Bam Bam.”