Tourism Minister Provides Update on Carriers That Will Service the Federation 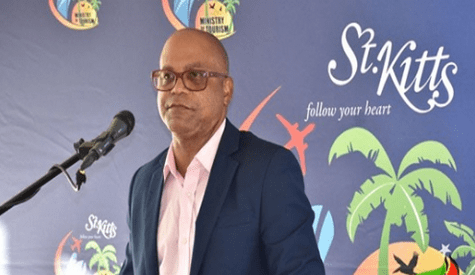 St. Kitts and Nevis (WINN) – With St. Kitts and Nevis preparing to re-open its borders on October 31, many concerned citizens and residents are posing the question as to which International and Regional carriers will be servicing the federation.

However, the Tourism Minister said “we don’t expect a huge influx of persons; we expect a gradual deliver of persons into St. Kitts”, adding that the demand is still there for tourists to come to our shores but not as significant prior to COVID-19.

Minister Grant, who also has responsibility for Transport and Ports responding to a question posed with regard to LIAT’s status, said: “as it is now, I don’t know what the correct situation with LIAT is, but we recognize during the COVID period what a significant role LIAT has been playing throughout the years, so we will need to do something in the Caribbean to make sure that inter-island connectivity remains”.

WINN FM made several attempts to speak with officials from the St. Kitts Tourism Authority, the Ministry of Tourism, and the St. Christopher Air and Sea Ports Authority to get specific details on which regional carriers will be servicing St. Kitts and Nevis when the borders re-open, but we were unsuccessful.

The cash-strapped regional airline, LIAT, which is undergoing a restructuring program, is likely to return to the skies in November, however, Antigua’s Information Minister, Melford Nicholas, told reporters he would not want to give a specific date as to when the airline, in which the Barbados and St Vincent and the Grenadines governments have agreed to sell their shares, will resume its operations.

The airline suspended its commercial traffic in March after many Caribbean islands shut down their airports as part of the measures to curb the spread of the coronavirus.