Tourism, Sustainability and Waste: How Do They Correlate? 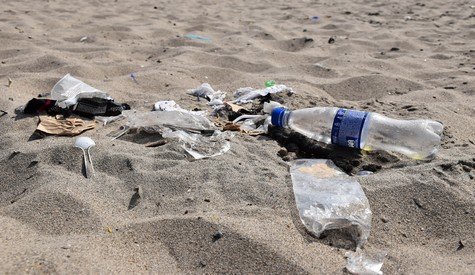 St Kitts and Nevis (WINN): The Heart of St. Kitts Foundation, an arm of the St. Kitts Sustainable Destination Council (SDC) is having a beach clean-up as part of 2020 Tourism Awareness Month on Saturday (November 14) at Majors Bay.

As usual, the Heart of St. Kitts Foundation includes an educational component with their cleanups and will have Clean Seas, the local group making a presentation, as well as the Sea Turtle Monitoring Network to make a presentation about Majors Bay as a turtle nesting beach to raise awareness about the importance of cleanliness.

However, how sustainable is this current model of maintaining this tourism destination?

COVID-19 has already put a damper on the tourism product, but this time should have given ministries of tourism time to revise the offerings of various destinations and figure out ways of diversifying themselves from other destinations.

With everyone diversifying that would still bring about another set of problems but I digress.

The time COVID-19 allotted many countries to reevaluate their products should not be spent on beach cleanups.

Chairperson of the St. Kitts Destination Council, Dianille Taylor-Williams shares those sentiments. In an interview, Taylor-Williams said that while she doesn’t like legislation and prefers people to exercise personal responsibility, legislation may be necessary to stop the need for constant resources being poured into beach cleanups.

“Some legislation might need to be in place, for example, in other places you have to pay when you’re going to use beaches, we would not want that in St. Kitts. I could imagine the outcry if [the] government were to institute that, but then resources are being used to clean up after people all the time …If each person would just take back their garbage … the resources could be deployed elsewhere, to do other things that people keep asking and saying why doesn’t the government do this … But if we have to constantly be cleaning up after people, you’re using human and financial resources, that … could have been used in other areas …”

She stressed that people need to manage their waste better, further indicating that we have developed a culture where we do not want to be associated with waste, even if it is our waste.

“When we’re doing the community cleanup, we keep speaking about the fact that one of the things that help with the spread of the COVID is a lack of cleanliness…And so if you constantly are cleaning then we won’t have … or reduce the impact of sicknesses, illnesses like COVID. We reduce things like Zika and Chikungunya with mosquito breeding because very often what happens in that garbage that is thrown down becomes catchment areas for water. And then we have mosquito breeding areas and then we have a proliferation of mosquitoes in those areas that spread these illnesses … and what other bacteria… sometimes these things, the waste as it breaks down would it encourage or cause to multiply. We are causing these problems for ourselves …”

For our health and safety, exercising personal responsibility in the management of our waste and understanding that it not only affects our tourism product but would also bleed into other sectors is paramount. Sectors like Agriculture, Fisheries and Marines resources, having adverse effects on local biomes which would then come back to the community in some manner, like the outbreak of fish poisoning that Chief Medical Officer, Dr. Hazel Laws made the public aware of at the NEOC Border Reopening press briefing on October 28.

The number one type of garbage collected during beach and community cleanups as indicated by Taylor-Williams is plastic.

According to an article in National Geographic, a new study in the journal ‘Environmental Science and Technology’ says it’s possible that humans may be consuming anywhere from 39,000 to 52,000 microplastic particles a year. With added estimates of how much microplastic might be inhaled, that number is more than 74,000.

A microplastic particle is any piece of plastic smaller than five millimeters, but many are much smaller and only visible under a microscope.

As alarming as that sounds, it is something that we as a people can combat, by reducing the number of plastics we use and taking accountability for our waste.