Trebek Remembered For Grace That Elevated Him Above TV Host 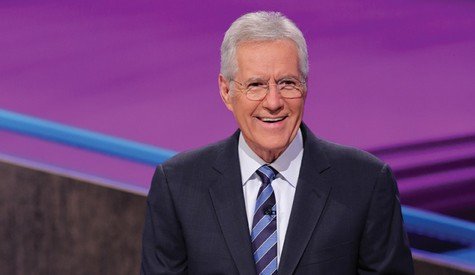 LOS ANGELES (AP) — Alex Trebek never pretended to have all the answers, but the “Jeopardy!” host became an inspiration and solace to Americans who otherwise are at odds with each other.

He looked and sounded the part of a senior statesman, impeccably suited and groomed and with an authoritative voice any politician would covet. He commanded his turf — the quiz show’s stage — but refused to overshadow its brainy contestants.

And when he faced the challenge of pancreatic cancer, which claimed his life Sunday at age 80, he was honest, optimistic and graceful. Trebek died at his Los Angeles home, surrounded by family and friends, “Jeopardy!” studio Sony said.

The Canadian-born host made a point of informing fans about his health directly, in a series of brief online videos. He faced the camera and spoke in a calm, even tone as he revealed his illness and hope for a cure in the first message, posted in March 2019.

“Now normally, the prognosis for this is not very encouraging, but I’m going to fight this and I’m going to keep working,” Trebek said, even managing a wisecrack: He had to beat the disease because his “Jeopardy!” contract had three more years to run.

Trebek’s death came less than four months after that of civil rights leader and U.S. Rep. John Lewis, also of advanced pancreatic cancer and at age 80. Trebek had offered him words of encouragement last January.