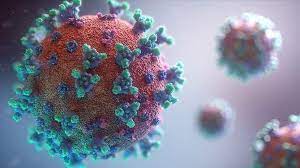 Basseterre, St. Kitts (WINN)- Trinidad and Tobago’s Ministry of Health has confirmed the presence of the Brazilian variant of the COVID-19 virus which is described as far more transmissible than other strains.

The Trinidad Guardian newspaper reports that the variant was detected in a sample that was sent to the University of the West Indies for genetic sequencing.

“The contact tracing required to restrict the spread of the virus has already begun. Additionally, the public is reminded that all quarantine protocols remain in place to ensure the continued protection of the people of Trinidad and Tobago,” the ministry said in a statement.

It was reportedly the first time a new variant was found among the local population as both the UK(B117) and Brazilian variants were earlier detected in returning nationals or people seeking entry to Trinidad and Tobago.

The Guardian reports Professor of Medicine at the University of West Indies’ Faculty of Medical Sciences Professor Terrence Seemungal as saying he believes the variant is likely already in circulation among the population.