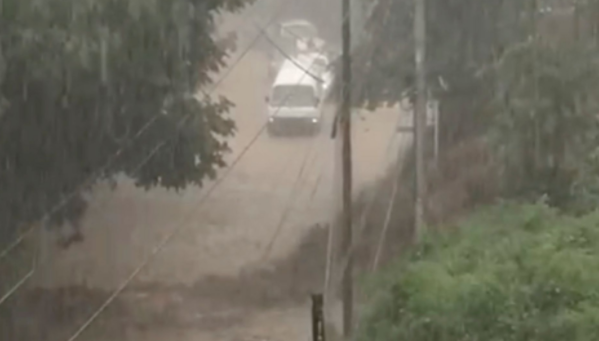 Grand Cayman, Cayman Islands, September 3, 2021. CCRIF SPC has made a payout of approximately US$2.4 million to the Government of Trinidad and Tobago following a rainfall event that occurred during August 18-20, 2021. Caused by an Inter-Tropical Convergence Zone, the heavy rainfall resulted in flooding and landslides across southern and western Trinidad, making several roads impassable.

Due to different hazard risk profiles for each of the islands in the twin-island republic, the Government purchases two separate CCRIF policies for excess rainfall – one for Trinidad and one for Tobago. This payout is being made on the excess rainfall policy for Trinidad.

Since Trinidad and Tobago purchased coverage for excess rainfall in 2017, the country has received payouts under its excess rainfall policy each year – five payouts totalling US$12.5 million. The Government of Trinidad and Tobago also has cover for tropical cyclones (one policy for Trinidad and one for Tobago) and for earthquakes. Previous payouts to Trinidad and Tobago for excess rainfall have been made for example, for the periods of heavy rainfall between October 18 and October 20 in 2017 and 2018 respectively, with the Government receiving a total of US$9.5 million for these two events. The two payouts in 2017 and 2018 were used by the Government for general cleanup such as clearing debris; providing building materials and appliances to households impacted by the rains; providing payments to relief workers; and for repairs to the Uriah Butler Highway (the Caroni section of highway), which was damaged by the 2018 rains.

This payout brings to 54 the total number of payouts CCRIF has made since its inception in 2007, totalling approximately US$245 million to 16 of its 23 members all paid within 14 days of the event. Some governments have received portions of their payouts within 5 to 7 days of the event based on their requests for an advance before the 14 days to begin recovery efforts and provide support to the most vulnerable in their populations such as the elderly and children. The swiftness of payouts made by CCRIF makes the Facility attractive to governments, with many expressing appreciation for the rapid infusion of liquidity, which they are able to use to address immediate priorities.

Earlier this month, CCRIF made its largest payout to date to Haiti of US$40 million following the devastating 7.2 earthquake that struck that country on August 14th, 2021, significantly impacting the city of Les Cayes.

While the cost of rebuilding following natural disasters could be overwhelmingly high, governments purchase CCRIF’s insurance for an early injection of quick liquidity or financial protection to help mobilize resources in the immediate aftermath of a disaster, while buffering the long‐term fiscal impact of disasters. Operating as a development insurance company, CCRIF products and services are designed to enhance the overall developmental prospects of its members.