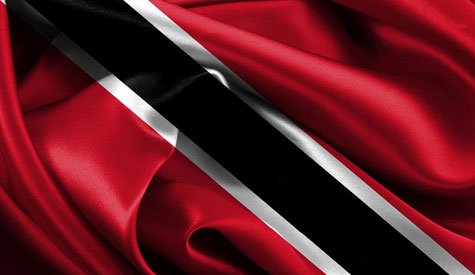 (Trinidad Guardian) Two days before the General Election, an arsonist set fire to the Ministry of Health in the early hours of Saturday morning and left a message saying it was because of the Ministry’s role in the COVID-19 pandemic.

The fire started in around 1.30 am on the lowest floor of the building after at least one person threw a flammable object into it.

Fire officers from the Wrightson Road station responded and spent several hours trying to contain the blaze which was contained on one floor. A senior fire officer said early investigations pointed towards arson.

Before setting the fire, the person/s wrote on the wall at the back of the building with red spray paint, “COVID 19 IS ALL ABOUT THE NEW WORLD ORDER. STOP IT NOW. #THERESISTANCE”.

Around 2 am, the little vehicular traffic in Port-of-Spain was blocked by police from heading north on Edward Street just after Duke Street and from heading west along Park Street from Richmond Street.

Persistent rainfall kept onlookers away, as only security guards from two nearby buildings observed as firefighters worked to stop the blaze, which continue into the morning.

Officers had to break a glass in the building and used oxygen tanks because of the thick smoke emanating from inside.

One witness, Martin Hunter, told Guardian Media that he was the first to smell the smoke while having a meal outside Scotiabank, one block away on the corner of Park and Richmond streets. However, he said by the time he reached the scene, he did not see who carried out the arson.

The Ministry of Health has been at the forefront of the COVID-19 fight over the last few months, and while it has received glowing tributes in several quarters, it has had its detractors.

It is responsible for the Public Health Ordinances which have imposed restrictions to prevent the spread of the virus that has already claimed over 724,000 lives across the world.

As of early Saturday morning, Trinidad and Tobago’s death toll from the virus was eight out of 225 people who tested positive so far.

The Ministry had announced on Friday that 15 people had newly contracted the virus, of which 12 required epidemiological investigations to determine the origins.

The Ministry scheduled a regular news conference for 11 am Saturday, to give updates on the virus and to announce any further measures that it deems necessary to contain it.

At the time of this report (4 am) there was no indication as yet on whether that news conference would still be on.