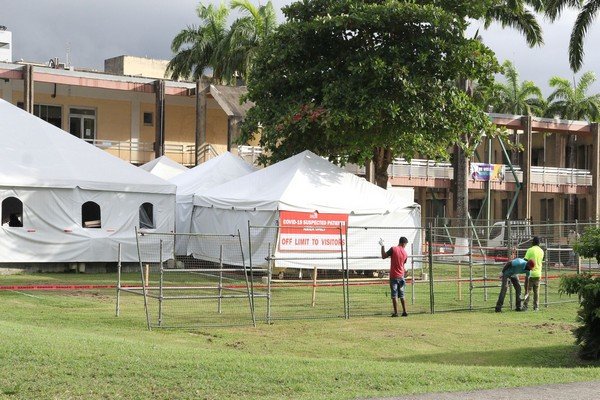 (Trinidad Guardians) Barriers were erected at the Mt Hope hospital yesterday, just hours after the North Central Regional Health Authority (NCRHA) issued a statement advising of a fresh response to the larger number of people turning up at its hospitals.

The decision to change its response approach came following an emergency meeting held by the NCRHA’s board.

Guardian Media was reliably informed that the barriers are meant to help the hospital’s management control the number of walk-in patients, in what appears to be a strain on the regular health system as the parallel healthcare system set up to handle COVID-19 cases stretches to near bursting point.

In a statement issued yesterday, the NCRHA said it was seeking to improve its COVID-19 testing and care following issues with a record-breaking influx of persons at its facilities.

The NCRHA revealed that the authority held an emergency meeting to discuss issues on Saturday, in direct response to problems caused by a recent 300 per cent increase in positive cases and the associated demand for testing.