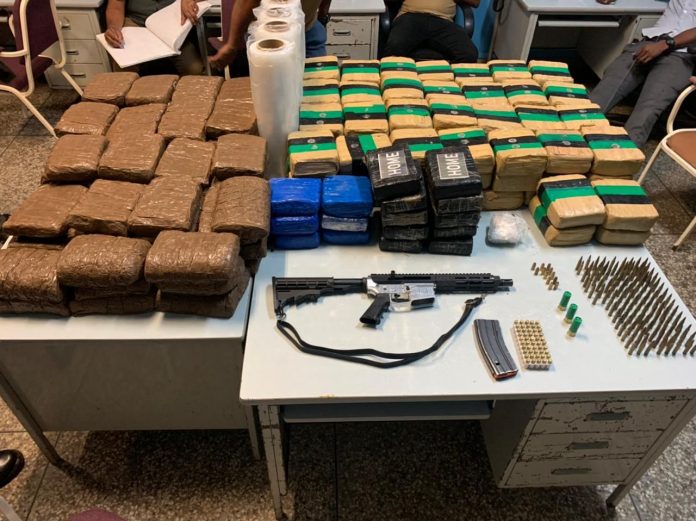 (Trinidad Guardian) A house search carried out by Sangre Grande police in North Oropouche, Sangre Grande, led officers to the discovery of an illegal firearm, 189 rounds of ammunition and a large quantity of marijuana and cocaine.

The exercise was conducted between the hours of 3 pm and 7 pm Tuesday.

Police say the street value of the illegal drugs run into millions of dollars.

Police are looking for persons of interest involved in their find.