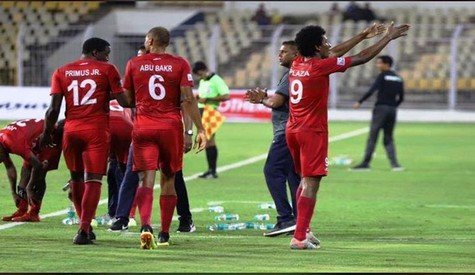 (AP) NEW YORK — CONCACAF is changing its World Cup qualifying hexagonal to an octagonal in response to the coronavirus (COVID-19) pandemic and delaying the start until next June.

CONCACAF’s other 30 nations will compete for three additional spots in the final round. The octagonal will take place with four games per team in next June’s double FIFA international match window followed by two apiece in September, October and November 2021, and two each in January and March 2022.

By staying with a large total of teams in the final round, CONCACAF ensured two high-profile, lucrative qualifiers between the US and Mexico. The format also provides margin for slip ups, though there were not enough to prevent the US from missing the 2018 World Cup in Russia when it lost to Mexico and Costa Rica at home and at T&T on the final night.

“It’s good that we have clarity regarding the format and scheduling, which allows us to chart the course ahead,” US coach Gregg Berhalter said in a statement. “We are looking forward to the challenge that this new World Cup qualifying format will present.”

The hexagonal was to have started this September and be based on the June FIFA rankings, in which El Salvador was just ahead of Canada as the region’s sixth team. Teams not in the hexagonal would have competed for the right to represent CONCACAF in an intercontinental playoff.

FIFA removed the September window for international matches because of the pandemic.

Under the new format, nations currently ranked 6-35 will be drawn into six groups of five in a seeded draw next month, with El Salvador, Canada, Curaçao, Panama, Haiti, and T&T seeded. Each group will compete in a single round robin of four matches per nation this October and November.

The top three teams in the octagonal qualify for the 2022 World Cup in Qatar, and the fourth-place nation advances to an intercontinental playoff in June 2022.

The first CONCACAF Nations League semifinals and final will be rescheduled for a US site next March. The US plays Honduras, and Mexico meets Costa Rica in the semis, which originally were to have been played on June 4 in Houston. The final was to have been June 7 in Arlington, Texas.

The 2021 CONCACAF Gold Cup will take place from July 10 to August 1 next year. The Gold Cup likely will be missing many top players, who will be taking time off and then reporting to clubs ahead of the 2021-22 European club seasons. The tournament originally was scheduled for next July 2-25.

CONCACAF will work to create a Gold Cup preliminary round in the US ahead of the tournament involving Bahamas, Barbados, Bermuda, Cuba, French Guiana, Guadeloupe, Guatemala, Guyana, Haiti, Montserrat, St Vincent and the Grenadines, and T&T.

National coach Terry Fenwick told Guardian Media Sports yesterday that the fixtures are a breath of fresh air, it is something that we can look forward to, something that we can plan ahead and move things and we can get the multiple players that we have seen playing somewhere else in the world with T&T parentage. We need to fast track their passport details.

“This journey will be difficult, we need the public support. We need the public to come out and get behind the national team. It has been a terrible few years we had under the last administration, the results have been shocking. The only chance we have is careful planning together and hardwork and we need to pull together,” he explained.

The inaugural group stage included all 41 Concacaf men’s national teams in the FIFA match windows of September, October and November 2019 with great competition across the region.

The League A group winners: Mexico, USA, Honduras and Costa Rica qualified for the first Concacaf Nations League Finals, originally scheduled for June 2020 but suspended due to the public health situation.

The 2019/20 Concacaf Nations League Finals will now take place in the FIFA match window of March 2021, at a venue in the USA to be determined.

As previously announced, the semifinal matchups are Costa Rica vs Mexico and USA vs Honduras as determined by their performances on the field during the group stage.

This event is eagerly anticipated by fans across the region and Concacaf can now confirm the start date for the 2021 Gold Cup will be July 10, 2021, and the Final will take place on August 1, 2021.

The Concacaf Road to Gold Cup Qualifiers were due to be played in the March 2020 and June 2020 FIFA match windows which were suspended.

Concacaf will now work towards creating a centralized Gold Cup preliminary round for those teams which had been due to play the Road to Gold Cup Qualifiers.

This will take place in the United States in the week before the commencement of the Gold Cup group stages. Further details on the format and schedule of this preliminary round will be provided in the coming weeks.

The 12 participating teams in the preliminary round are Bahamas, Barbados, Bermuda, Cuba, French Guiana, Guadeloupe, Guatemala, Guyana, Haiti, Montserrat, Saint Vincent and the Grenadines, and T&T.

The draw for all rounds of the Concacaf Qualifiers for the FIFA World Cup Qatar 2022 will take place in mid-August 2020 with full details to follow in the coming days.