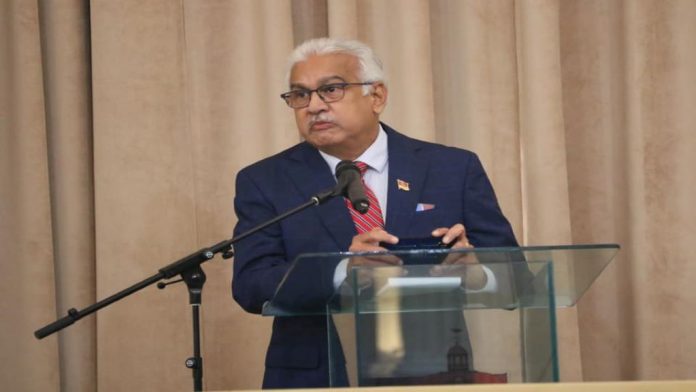 PORT OF SPAIN, Trinidad, CMC – Health Minister Terrence Deyalsingh is reported to be in a stable condition after he was hospitalised on Monday night with flu-like symptoms.

A statement from the Ministry of Health said that Deyalsingh had first been taken to the Eric Williams Medical Sciences Complex before being transferred to the Arima General Hospital, for further management and observation.

It said that a diagnosis of COVID-19 had been ruled out.

The hospitalisation of the health minister comes less than 24 hours after Prime Minister Dr. Keith Rowley, told reporters that the Trade and Industry Minister, Paula Gopee-Scoon , was recuperating at home after testing positive for COVID-19.

Rowley had on Monday apologised for the absence of the minister during talks between a delegation headed by Jamaican Prime Minister Andrew Holness, at the Diplomatic Centre at St. Anns , where the two countries signed a memorandum of understanding (MOU) on trade and settling trade disagreements.