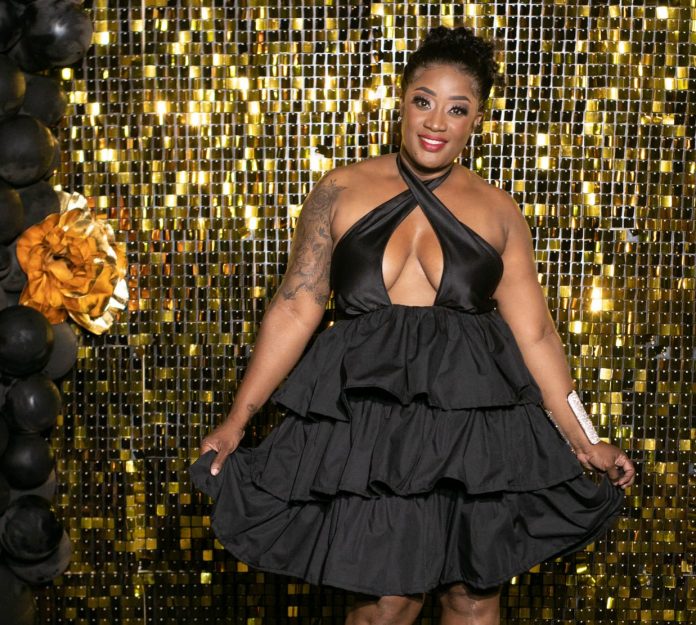 St.Kitts and Nevis (WINN): Kittitian female deejay Michelle Stokes aka Sweet Sister Sensia handed out surprise tokens to some of her fans on Saturday night during the hosting of her party dubbed “Secrets.”

Secrets was a black affair held at the Fairview Great House and Botanical Gardens in the outskirts of the capital. It was attended by hundreds of adults, 21 years and older, in keeping with Sensia’s desire to have a mature crowd in attendance.

During the event, the deejay took to the stage to show appreciation to several persons, including a fan, popularly known as “Charlesy”.

“I’ve decided the first gift that I am going to give out tonight (March 19) is the phone from FLOW and the person that I chose to give this phone to is Charlesy.”

Following Saturday’s event, WINN Fm reached out to Sensia, who indicated why she showed appreciation to him.

“Charlesy is not a man who has a steady job, who works all day. You know, he goes on the beach with his monkey to try to take pictures and make a little dollar from the tourists whenever tourists come in, but regardless of what, every function you have, you always see Charlesy. No matter what function it is; even if it’s a big function and he cannot afford to pay, Charlesy is outside by the gate sitting, because he wants to support, but he cannot afford to come in.”

Sensia added, “I know he is happy to get his phone because I see a couple [of] posts yesterday with people saying, Charlesy gave them his number and they saved it and last night (Tuesday night) he passed through and he called me and told me he got his number so he gonna call me.”

The entertainer indicated that not only did she show appreciation to persons who attended the event, but to an individual who continuously gives her die-hard support from behind the scenes. Sensia said fans received gifts such as lunches and bags, which is her way of recognizing and showing appreciation to them for supporting herself personally, as well as the deejays in St.Kitts.

“There are a lot of people who I see come and support us deejays and our events. It doesn’t have to be me, but it could be any deejay, and these people show up to functions all the time and don’t get that recognition. So you go to a function and you know for a fact that this person is gonna be there and this person gonna support you and that is one of the reasons why I chose quite a bit of them.”

Sensia shared,“ Most of them who received the lunch, the bags, the gifts, they are always at events spending their money, to show us support. So I mean, what better way can I give back to them, than to surprise them? and say hey, thanks for the love, thanks for the support; we notice you. That was just my way…”

WINN FM garnered feedback from several persons who attended the event both on social media and in person. The feedback is one of satisfaction, as patrons said they enjoyed the party without the presence of juveniles; and the deejays and recording artiste ensured that the crowd was well entertained.  Some indicated that they are looking forward to a repeat of the event.

WhatsApp
Facebook
Twitter
Linkedin
Email
Print
Previous articleEXCLUSIVE: Dr Wilkinson – “It is our combined efforts that will take us into a successful post-pandemic era”
Next articleArtistes to be announced at St Kitts Music Festival Launch Party