Tropical Wave Made Landfall on Barbados; Expected to Move West Away from Eastern Caribbean 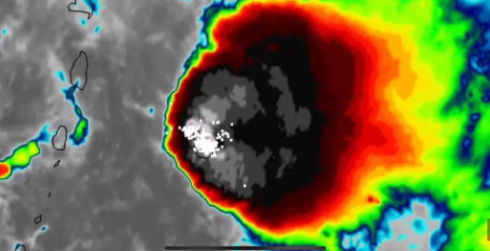 St. Kitts and Nevis (WINN): Wednesday night (June 16), Barbados experienced the effects of a tropical wave and was under flash flood and severe thunderstorm warnings.

Racquel Davis, a meteorologist out of Barbados gave a snapshot of the weather condition in an interview with Barbados today.

“Overnight a tropical wave affected the island. We had very favorable upper level conditions so we had some moderate to violent showers, periods of rain and scattered thunderstorms, and as a result, we issued a severe thunderstorm warning, a high wind warning, and a flash flood warning.”

Davis at the time of the report said the tropical wave is expected to move away from the Eastern Caribbean.

“So going forward [this] morning, we can expect the tail end of the tropical wave to still affect us. But we should get lesser accumulations [of] rainfall totals and we expect conditions to remain cloudy to overcast for the time being, but into this afternoon and this evening we can expect an improvement as the tropical wave continues westward, away from the Eastern Caribbean.”

The severe thunderstorm warning that was in effect has been lifted, but Davis suggested high winds may continue as the tail end of the wave moves west.

According to the weather forecast from the St. Kitts Meteorological Services, the Federation should expect mostly cloudy skies with a 70 percent or a high chance of showers.

Into the evening the weather is expected to show slight changes with partly cloudy skies and a 40 percent or a moderate chance of showers.