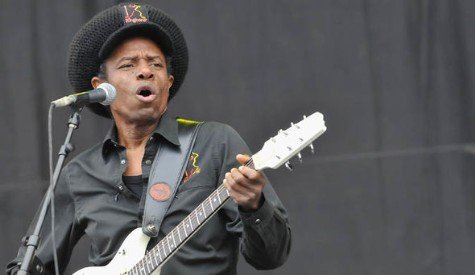 U.S. District Judge John Koeltl said Trump and his campaign hadn’t proven at an early stage of the case that a 55-second anti-Biden video he tweeted last year during the run-up to the 2020 presidential election made fair use of Grant’s song under federal copyright law.

Koeltl also said the fair-use factors all favor Grant at this stage.

Grant wrote, recorded, and produced the 1983 hit song “Electric Avenue,” which reached number two on the Billboard Hot 100 chart and went platinum in the U.S.

The video Trump posted didn’t “parody the music or transform it in any way,” and its “overarching political purpose” didn’t automatically make it transformative or non-commercial, Koeltl said.

Grant’s attorney Brian Caplan of Reitler Kailas & Rosenblatt said in an email that he was “very pleased” with the ruling.

“There is no justification under existing copyright law for a politician to simply appropriate a popular recording and synchronize it in an unrelated video for ostensibly a commercial purpose, cloaked as a political advertisement,” Caplan said.

Grant sued Trump last September over a video Trump posted to his personal Twitter account in August. The animated video, made by someone unaffiliated with the Trump campaign, features a high-speed red train with Trump’s name contrasted with a slow-moving Biden handcart, and uses 40 seconds of Grant’s song.

Trump moved to dismiss the case in November shortly after the election, arguing he made fair use of the song.

The video was a “transformative, non-commercial work,” used a minimal amount of the song, and didn’t affect Grant’s market for it, Trump argued.

Koeltl rejected Trump’s argument at the dismissal stage of the case, but said he could re-raise it in a summary-judgment motion.

Trump’s use of the song wasn’t protected as satire or political commentary because it didn’t “use Electric Avenue as a vehicle to deliver its satirical message, and it makes no effort to poke fun at the song or Grant,” Koeltl said.

Instead, Koeltl said it’s “best described as a wholesale copying of music to accompany a political campaign ad.”

“Nothing about the song was integral to the video’s political message, which is conveyed by the animation” and “unflattering excerpts” of a Biden speech, Koeltl said.

The fact that the song was unedited, played for over two-thirds of the video, and was “instantly recognizable” in it also weighed in Grant’s favor.

Koeltl also said that Trump’s use of the song could harm Grant’s market for licensing it.

“Widespread, uncompensated use of Grant’s music in promotional videos – political or otherwise – would embolden would-be infringers and undermine Grant’s ability to obtain compensation in exchange for licensing his music,” Koeltl said.