TS Josephine Tracking Away From Islands 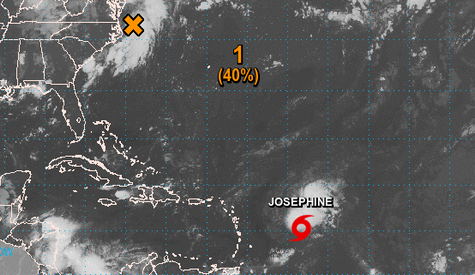 St Kitts and Nevis (WINN): Tropical Storm Josephine, the earliest appearance of a “J’ named storm since the satellite era began in 1966, is continuing its west-northwestward track over the Atlantic seemingly away from the island chain.

The system is moving toward the west-northwest near 17 mph, and this general motion is expected to continue for the next few days.

Maximum sustained winds are at 40 mph with higher gusts.