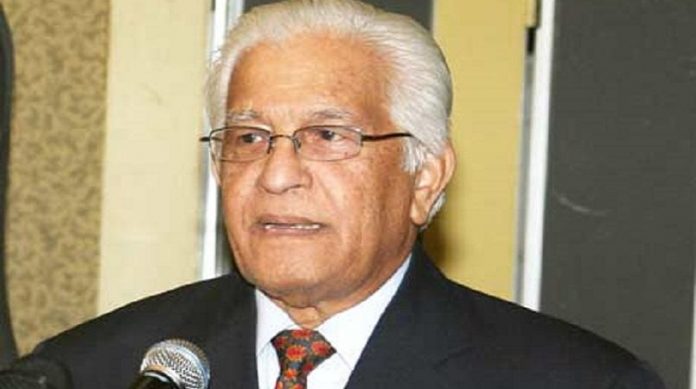 PORT OF SPAIN, Trinidad, CMC – A Trinidad magistrate is expected on September 2 to give a ruling to an application by the Deputy Director of Public Prosecutions (DPP) George Busby, who has requested an adjournment into the restart of a decades-old preliminary inquiry into corruption charges against former prime minister Basdeo Panday and three others, including his wife, Oma.

The charges are in relation to the multi-million dollar (One TT dollar=US$0.16 cents) Piarco International Airport and the attorneys representing the Pandays as well as former minister Carlos John and businessman Ishwar Galbaransingh are resisting any attempt by the prosecution to postpone the preliminary inquiry into the bribery charges.

They have also asked Magistrate Adia Mohammed during the hearing on Wednesday to discharge the matters against their clients.

The Pandays and the others were charged in 2005.

During the hearing, the magistrate said that she had received authorization to start the preliminary inquiry into the charges.

But Busby requested an adjournment to get further instructions from the Director of Public Prosecution, Senior Counsel, Roger Gaspard, on how to proceed with the matter.

Following the request of the lawyers representing the former government ministers and businessman.

Magistrate Mohammed adjourned the case to September 2, when she is expected to rule on Busby’s application.

The case against the four accused is one of four inquiries related to the development and construction of the Piarco International Airport between 1997 and 2000.

In the first case, commonly referred to as Piarco 1, several people, including former finance minister, Brian Keui Tung are facing charges related to the alleged theft of TT$19 million.

But last month, the London-based Privy Council, the country’s highest court, upheld an appeal from some of the accused in the Piarco 1 case over the decision of former chief magistrate Sherman McNicolls to commit them to stand trial for the charges.

The Privy Council ruled that the late McNicolls should have upheld their application for him to recuse himself from the case noting that his decision to commit the accused to stand trial was tainted by apparent political bias.

In a statement following the Privy Council ruling, Gaspard said he would take the public’s interest into consideration before making a decision on the future of the state’s corruption case against the former government ministers and public officials and several businessmen and companies.

In the Piarco 2 aspect of the case, some of the group and other public officials were also slapped with separate charges over an alleged broader conspiracy to steal US$200 million.

Foreign nationals Raul Gutierrez Jr, Ronald Birk, and Eduardo Hillman-Waller were also charged as part of that case. There were also two other smaller cases, referred to as Piarco 3 and 4.