T&T sued for billions of dollars over smelter plant closure 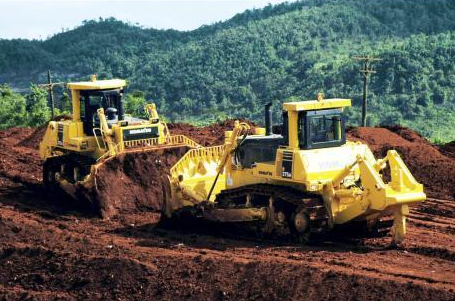 Rowley, speaking at a constituency conference of his ruling People’s National Movement (PNM) said that the People’s Partnership government headed by Kamla Persad Bissessar had “improperly shut down the project”.

The then Patrick Manning government had decided to construct the aluminum smelter plant, but Rowley told supporters that “some people who were comfortable where they were and didn’t care who got a job, resisted saying that the smelter would kill us”.

He said Bahrain, which was the same size as Trinidad and Tobago, was one of the world’s leading producers of aluminum and was making money and living at one of the highest standards in the world, selling the same aluminium that the people here had opposed and said would citizens.

Environmentalist Dr Wayne Kublalsingh had staged a hunger strike outside the Office of the Prime Minister in a bid to get the plant closed and in October 2017, Prime Minister, Rowley, told the Parliament’s Standing Finance Committee that the state had been dealing with various claims made against it following the decision by the last government to end the smelter plant project.

Rowley told the PNM meeting that when Persad Bissessar led government came into office in 2010, it shut down the plant and “chased out” the contractor.

“While they were in office, the contractor kept making their claims for that action. It (government) ignored it, they danced around it, they did everything except deal with it because they didn’t want you (the people) to know that there was a cost to that political action,” he said.

“Because the project was well on the way, in fact the power station TGU was built and ready to be used. That power was supposed to be going to the smelter (plant) but since there was no smelter, after years of wasting money we got it (TGU) into the national grid.

“You know what the claim is, now that the Chinese company has said ‘enough is enough, time’s up, we want our money” and they intend to prosecute it now? The claim is for US $380 million. That is TT $2.5 billion, for having improperly shut down a project with a contract and for which there were works taking place and the project was politically extinguished.

“I am talking here about US $380 million with documents and a contractor which says that T&T owes this money for work or for circumstances where there is a contract to be pursued. And that is left for the PNM to deal with, because we are dealing with it now. And at the appropriate time we will approach the Parliament and give all the details surrounding this,” the Prime Minister said.

Alutrint and the China National Machinery and Equipment Import and Export Corp signed an agreement in 2005 to build a US$540 million aluminium complex that would have produced 125,000 tonnes per year. Alutrint was a joint venture between the NGC and the Sural Group of Venezuela. The deal included several downstream projects that would use the output, including an automotive parts and car wheel plant, rod mill and wire and cable plants.