Turning Passion into Profession during a pandemic, DJ Bubbles is on a hot streak 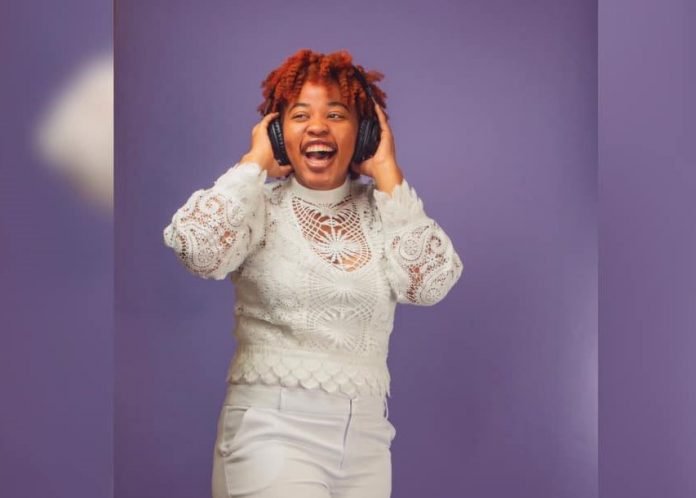 St. Kitts and Nevis (WINN) – A year into her start as a Disc Jockey (DJ), 22-year-old Nakia Wilkinson of Old Road, is one of the Federation’s youngest DJ’s.

Her stage name ‘Deejay Bubbles’ fits her shy and affable energetic personality as she sat down to speak with Azam Bailey and Kevon Hanley, on WINN’s Island Tea about how she got her start.

“I’ve always had a passion for music when I was younger, and I got the opportunity to actually started DJing when I went to California by my uncle who is a DJ, he had back yard type of party, and he was playing, and because I love music so much I was just interested in what he was doing. So I got up and looked to see what he was doing, and he was like ‘jump on’ [and I played a couple of tunes]… He was telling my father that I’m pretty good… when I came back home, that’s close to [when] the pandemic hit and we were locked inside, so I spent most of my time trying to lose [work on] my skills… after we got outside, made sure that I had help from Deejay Flames to better my skills and he helped me to get where I am today.”

According to Bubbles, through her father’s support and the support of other family members and other local DJs, she could plunge full force into her career as a DJ.

“Well, after I came back, it was last year September when you know things were going on. So, it was my mom’s birthday, and she had a surprise for his birthday… because my dad knew that I played music he was like, some music…Let everybody know You could DJ. When I was playing music, I didn’t have any controller or anything like that; it was just my laptop and my mouse. So I was just, you know, selecting music and transitioning… And then one of his friends… who owns Indulge. And he was like, [your daughter is good man] she could come up by my bar and play some music sometime, and that’s it all started.”

Bubbles said her primary inspiration right now is her mentor of sorts in the industry, Dwayne Ferguson, aka Deejay Flames. While she does gain inspiration from her mentor, the young DJ still tries to make it her own.

“As I said before since I been practising with Deejay Flames, he has a sound that is different… with like his mixing and his blending and remixes and what’s not, that really caught my eye. And I’ve been always trying to see if I could make my own things with stuff that he showed me.”

During the interview, she spoke about her first major gig, Climax, and admitted that she has a bit of stage fright.

“Of course, but once a song like the people like interacting with the music and getting on and dancing and what’s not, it felt good. And once I’m playing my music, I’m in my element. So yeah, that was a good experience.”

Even being a female DJ in a male-dominated field, she has had support from her male counterparts and did not express any challenges in that regard. The main challenge has been breaking out of her shell.

“To overcome, yes, because… I’m sort of a shy person, and I said maybe this DJ thing would help me to get out of it… I’m here right now talking, I’m not used to this sort kind of thing, but I’m pushing through with it. But, to actually come out into the industry, I’ve had a lot of support and have other male DJs come to me and tell me that I’m doing a good thing.”

What next for Deejay Bubbles?

Given the state of emergency in the Federation limiting social engagements and large gatherings, she is working on her branding.

“To have my name, Deejay Bubbles, as an official business; that’s really my main goal right now. But since you know things are not really up and running yet with the parties and what’s not, I’m just home trying to [work on my craft] and bring out more [mixes] so people could know who I am.”

You can check out the rest of the interview to find out how she got her stage name and more of Deejay Bubbles: