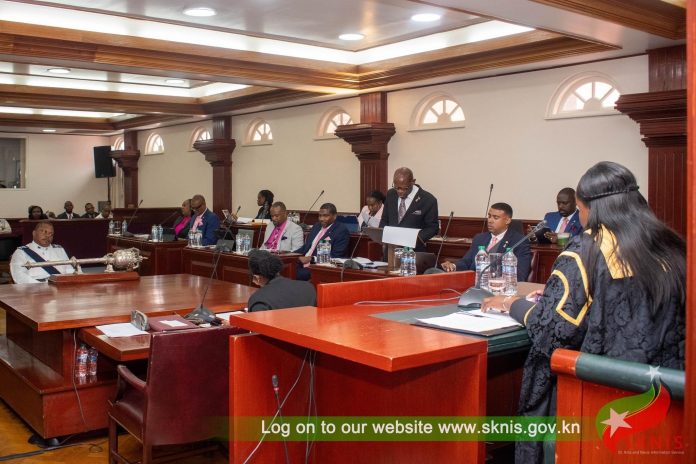 St. Kitts and Nevis (WINN) – During the first sitting of the National Assembly on October 27, the parliament passed two other bills alongside the Public Health (Amendment) Bill, 2022.

The Civil Aviation (Amendment) Bill 2022 was successfully passed. The legislation was brought forth to enhance the safety and security of the aviation sector for St. Kitts and Nevis and the wider Organization of the Eastern Caribbean States (OECS) member states.

Minister with responsibility for Civil Aviation, Hon. Marsha Henderson, the mover of the Bill, said the purpose of the Bill was “to address and rectify the issue regarding the demotion of the Eastern Caribbean Civil Aviation Authority (ECCA) from Category One to Category Two status by the United States of America Federal Aviation Administration (FAA).”

A Category Two rating means that the laws or regulations in the ECCA lack the necessary requirements to oversee air carriers in accordance with minimum international standards or that civil aviation authorities are deficient in one or more areas, including technical expertise, trained personnel, record-keeping, inspection procedures or the resolution of safety concerns.

While the OECS’s carriers can continue providing service to the United States, they would not be allowed to establish new services to the US, which would mean a hit on the region’s tourism industry when the sector is regaining momentum following the COVID-19 pandemic.

Minister responsible for Investment and mover of the Bill, the Rt Hon. Dr. Denzil Douglas suggested that the successful passage of the Bill would create opportunities for job creation, saying this piece of legislation will go a long way in ensuring that those policies which the SKNLP spoke about during the campaign come to fruition.