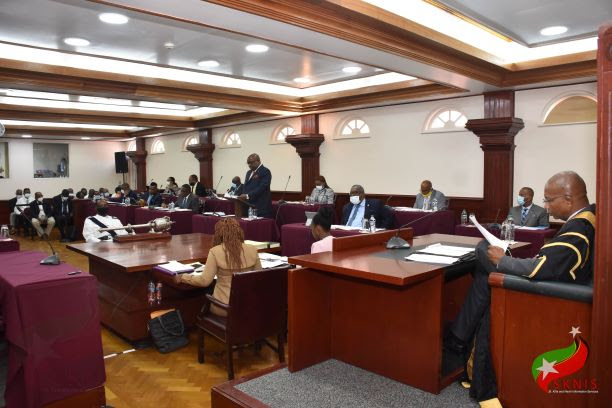 Here’s what we know:

The amendment to the Vehicles and Road Traffic Act stipulates that the windscreen’s tinting on all motor vehicles should be no more than 10 inches in length from the top of the windshield and at 35 percent luminosity.

“A restriction on the amount of visible light being transmitted into a car are defined and measured into percentages. These different percentages are the minimum amount of light that should be able to penetrate through the glass,” explained the Hon. Mark Brantley, Minister of Foreign Affairs and Aviation who led the debate on the Bill in the absence of the Hon. Minister of Tourism, Transport and Ports, Lindsay Grant.

The Minister continued to say that the amendment to the bill is a safety and security measure.

“The tinting of the entire windscreen as we know may obscure the view inside the vehicle with a result sometimes that law enforcement officers may be unable to determine who is at the driver’s seat, who is inside the vehicle or what is taking place inside the vehicle. That measure, therefore, Mr Speaker, is also designed as a security measure to assist in this government’s ongoing efforts to ensure the safety and security of our population.”

Opposition Senator Joyelle Clarke asked if, going forward, the length of the visors longer than the stipulated 10 inches would become a ticketable offence.

Prime Minister the Hon. Dr Timothy Harris responded by saying, “Indeed, this matter is serious. I am advised that the fine on conviction for non-compliance with the law is six months in jail or EC$5000.”

The Vehicles and Road Traffic (Amendment) Bill, 2021, was then read a third time and passed.

The Hon. Wendy Phipps, Minister of International Trade, Industry, Commerce, Consumer Affairs, and Labour, then sought to have read for the second time the Bureau of Standards Bill, 2021, first read on August 5, 2021.

“I wish to indicate, Mr. Speaker, that the bill that is before us is actually meant to do two things. One, it is intended to replace an existing piece of legislation that would have been passed in 1999 … And the second purpose is to update our national legislation in terms of providing for the development and policing of national standards and quality infrastructure in St. Kitts and Nevis. So that our people, the consumers of this federation, importers, wholesalers, retailers alike, can have the best quality when it comes to goods and services, practices and processes for which they will have to pay in order to enjoy the luxuries of same,” explained Minister Phipps.

The bill was then read a third time and passed.