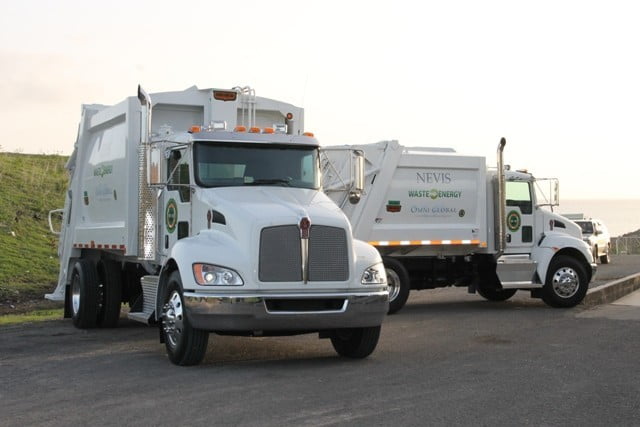 St. Kitts and Nevis (WINN) – On Monday, November 8, a video was circulating showing an incident involving a garbage truck and an injured man in the Church Ground area, colloquially known as Nanton Corner.

In a press release from the St. Christopher and Nevis Police Force, further details on the accident showed that it occurred after 9 a.m. on November 08 and involved motor truck P1615 owned by Solid Waste Management and driven by Deonarine Harrylall.

The motor truck was being pulled by another Solid Waste Management truck towards Charlestown when Harrylall lost control at Nanton Corner. The truck bumped the sidewall and ended up several feet away from the road where it overturned. Devon Richardson, a passenger in the truck, was trapped inside.

Subsequently, St. Kitts and Nevis Fire and Rescue Services members arrived at the scene and extricated Richardson using the Jaws of Life.

Both occupants of the vehicle were transported to the Alexandra Hospital, where they remain in stable condition. Harrylall suffered injuries to the face and Richardson suffered several broken fingers and a broken wrist.