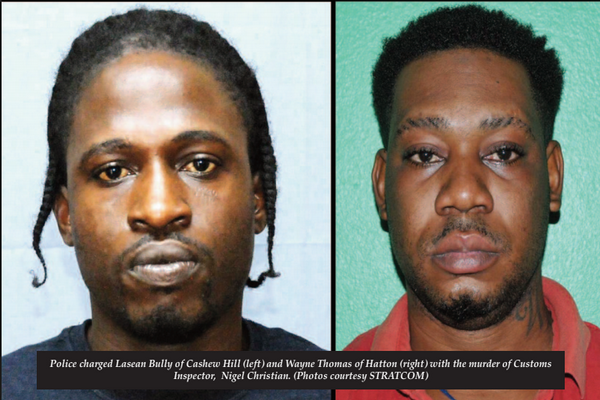 (Antigua Observer) Two men are in police custody charged with the murder of senior Customs Officer, Nigel Christian, who was abducted from his home and killed on July 10th last year.

A statement from the Police’s Strategic Communications Unit (STRATCOM) noted that both of the accused had been taken into custody earlier this week and were being questioned as part of their months-long investigation.

Commissioner of Police Atlee Rodney said he is pleased with the arrest, and the significant amount of progress that has been made into the investigation so far.