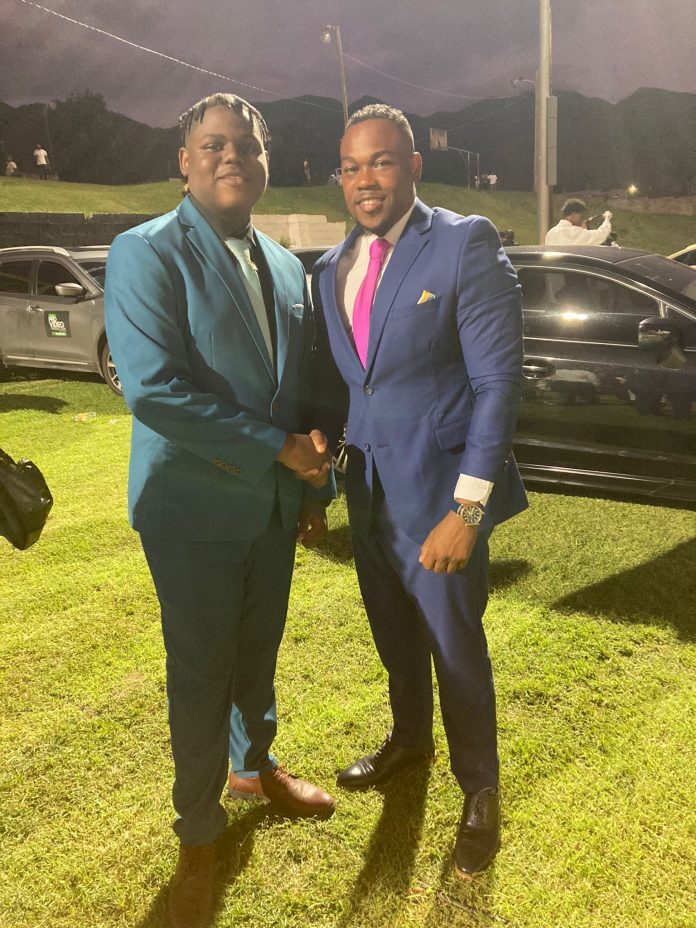 St Kitts and Nevis (WINN): Shadesia Greene of the Washington Archibald Highschool and Zareef Dias of the Verchilds Highschool are recipients of the Azard Gumbs Leadership Award. Both students received the award during their respective graduation ceremonies this month.

WINN Fm spoke to Mr. Azard Gumbs on Monday morning March 28, who used the opportunity to congratulate both Shadesia and Zareef on their outstanding performances.

“Well, I want to tell both of them congratulations. It’s a great thing to be leaders within their school and to exhibit those qualities. Leadership is something important here in St Kitts and Nevis and I think that a student who exhibits leadership qualities is a student who can fit him or herself in almost any area that he or she would like to be in.”

Having returned from Law School in 2015, Gumbs said he was approached by the Organising Committee of the Washington Archibald High School, who requested that he create an award in his name. This award, he said, had to be associated with something that he believes every student should have; and also an award that reflects himself and what he feels makes an ideal student.

“I gave it some thought and I said, I think students should be well rounded. I think a student should not only perform well at examinations but also exhibit leadership qualities, so I called it, the Azard Gumbs Leadership Award.”

According to Gumbs, the award was extended to the Verchilds High School and the Tyrell Williams Primary School in 2017. The award is presented in the form of money, Gumbs confirmed.

Along with the award is the Azard Gumbs Leadership Programme. Gumbs said it is important that donors remain connected to recipients.

“Donors always give out awards but, I tried to start what is called the Azard Gumbs Leadership Programme in the Verchilds High School because oftentimes we donate awards but we don’t necessarily get to interact with the students and so I started in 2020 with outreach, where there were programmes where I met with the students we did sessions based on resume writing, based on how a student after leaving school should conduct themselves during an interview and that programme ran for the year.”

Gumbs explained that the COVID-19 Pandemic brought some challenges, but he is looking forward to extending the Azard Gumbs Leadership Programme to the Washington Archibald High School and the Tyrell Williams Primary School; considering that the restrictions have been lifted and the impact of COVID-19 has subsided in St Kitts and Nevis.

“I really believe that it is not only just to give a student an award but we should get to know the student, get to be a part of their learning, to be a part of the encouragement that pushes them forward, because we want not only strong Academic performance but well-rounded students who will benefit and give back to St Kitts and Nevis.”

Gumbs encourages all students to be leaders within their schools and continue on that path in the world of work.