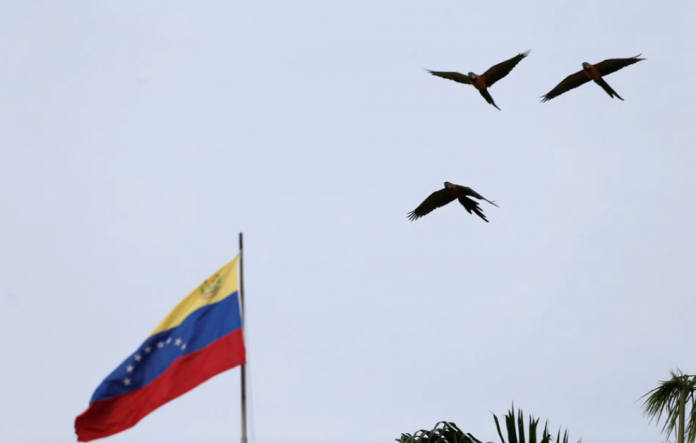 CARACAS/WASHINGTON (Reuters) – U.S. and Venezuelan officials discussed the possibility of easing oil sanctions on Venezuela but made scant progress toward a deal in their first high-level bilateral talks in years, five sources familiar with the matter said, as Washington seeks to separate Russia from one of its key allies.

Both sides used Saturday’s meeting in Caracas to present what one of the sources described as “maximalist” demands, reflecting longtime tensions between the Western Hemisphere’s main power and one of its biggest ideological foes.

Roger Carstens, the special presidential envoy for hostage affairs, was also a member of the U.S. group and made the case to the Venezuela government for the release of American citizens and dual nationals held there, including six Citgo executives, according to one person familiar with the matter.

U.S. officials saw the meeting as a chance to gauge whether Venezuela, one of Russia’s closest Latin American allies, is prepared to distance itself from President Vladimir Putin over his invasion of Ukraine, a source in Washington said.

Washington also wants to identify alternative oil supplies to fill the gap if it seeks a boycott of Moscow’s energy industry. Venezuela could boost crude exports if Washington eases sanctions.