U.S. will cut Russia off from tech, resources if Putin escalates -U.S. official 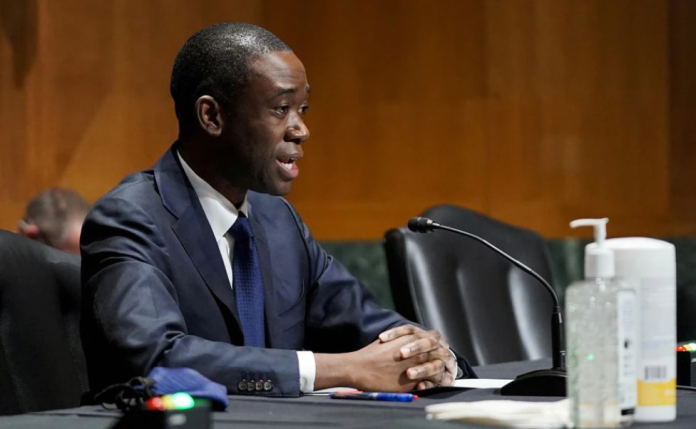 WASHINGTON, Feb 23 (Reuters) – Russian President Vladimir Putin can do a lot more damage in Ukraine and the United States is prepared to respond by withholding technology and resources if he does, deputy U.S. Deputy Treasury Secretary Wally Adeyemo said on Wednesday.

Such measures were not announced on Tuesday as part of a round of sanctions unveiled by President Joe Biden to punish Putin for recognizing two breakaway regions of Ukraine as independent and deploying troops into the regions to “keep the peace.”

“President Putin clearly has the ability to do much more than he has done so far,” Adeyemo said in an interview with CNBC.

In response, the Biden administration could deprive Russia of a vast swath of low- and high-tech U.S. and foreign-made goods, from commercial electronics and computers to semiconductors and aircraft parts, people familiar with the matter have told Reuters.

“The key thing that President Putin needs to consider is whether he wants to ensure that Russia’s economy is able to grow, that he has the resources he needs to be able to project power in the future. If he chooses to invade, what we’re telling him very directly, is that we’re going to cut that off.