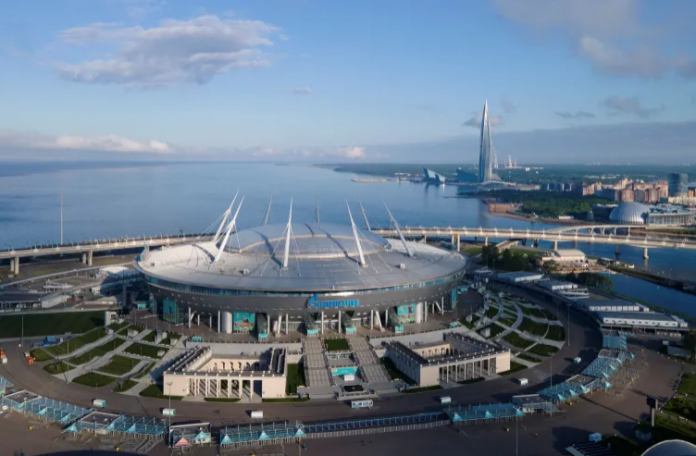 (Al Jazeera) Paris will host this season’s Champions League final after Saint Petersburg was stripped of the match due to Russia’s military invasion of Ukraine, UEFA has announced.

The showpiece occasion of the European club season will be played at the Stade de France on May 28, European football’s governing body said on Friday after holding an emergency meeting in response to the crisis.

“UEFA wishes to express its thanks and appreciation to French Republic President Emmanuel Macron for his personal support and commitment to have European club football’s most prestigious game moved to France at a time of unparalleled crisis,” a statement said.

The Russian government responded by calling the decision by UEFA “a shame”.

“It is a shame that such a decision was made,” Kremlin spokesman Dmitry Peskov said. “Saint Petersburg could have provided the best possible conditions for holding this football event.”

The final was supposed to be played at the Gazprom Arena, which already hosted several matches at last year’s European Championship and at the 2018 World Cup held in Russia.

UEFA made no reference to its relationship with Gazprom, the Russian state energy giant that is a key sponsor of European football’s governing body.

It is the third year running in which UEFA has moved the Champions League final with the COVID-19 pandemic leading to the 2020 edition being switched from Istanbul to Lisbon, and then again from the Turkish city to Porto in Portugal last year.

The Stade de France, in Saint-Denis just to the north of the French capital, has hosted the Champions League final twice before – in 2000 when Real Madrid beat Valencia, and in 2006 when Barcelona defeated Arsenal.

Spartak Moscow, in the Europa League, are the only club from either Russia or Ukraine still involved in European competition this season.

FIFA may now move to force Russia to play their World Cup qualifying playoff against Poland on March 24 on neutral ground.

Should Russia beat Poland, they would then host the Czech Republic or Sweden five days later to decide who qualify for the World Cup in Qatar.

UEFA also said it would work to help football players in Ukraine get out of the country as the war intensifies.

“Together with the French government, UEFA will fully support multi-stakeholder efforts to ensure the provision of rescue for football players and their families in Ukraine who face dire human suffering, destruction and displacement,” it said.

The Ukrainian league, which was due to resume this weekend after its lengthy winter shutdown, has been suspended.

Global players union FIFPro said in a statement that it was “currently seeking assurances and support from the international football bodies to protect professional players in the country”.

On Thursday, football clubs from across Europe showed their support for Ukraine as the lineup for the Europa League and Europa Conference League last-16 was finalised.

Ahead of their Europa League playoff second leg game in Naples, Barcelona and Napoli players were photographed with a “stop war” banner.

Atalanta’s Ruslan Malinovskyi, a Ukrainian international since 2015, unveiled a “no war in Ukraine” message under his shirt after scoring twice in their aggregate win at Olympiacos.