UK Cuts Overseas Aid Amid Worst Recession In Over 300 Years 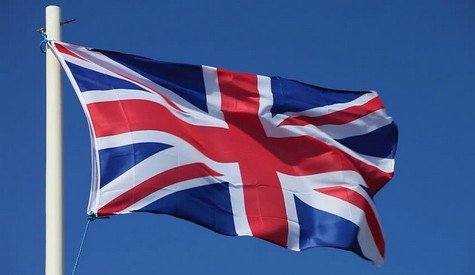 LONDON (AP) — The British government faced fury Wednesday over its decision to ditch its long-standing target for overseas aid to finance other spending priorities in the wake of what it described as the deepest recession in over three centuries.

In a statement to lawmakers, Treasury chief Rishi Sunak said that the target to allocate 0.7% of national income to overseas aid will be cut to 0.5%. The move is widely expected to free up about 4 billion pounds ($5.3 billion) for the Conservative government to use elsewhere.

He said “sticking rigidly” to the target “is difficult to justify” to people at a time when the economy has been so battered by the coronavirus pandemic.

“At a time of unprecedented crisis, government must make tough choices,” he said.

He insisted that the government aims to return to the target introduced by the Labour government of Tony Blair around two decades ago but that even with the new target, the U.K. will still be the second biggest aid spender among the Group of Seven leading industrial nations.

The decision goes against the government’s promise in last year’s general election to maintain the aid target. It drew sharp criticism from across the political spectrum – including from within Johnson’s own Conservative Party – as well as among poverty campaigners.

Amazon Union Organizers Deflated as Vote Tilts Against Them

US Recommends ‘Pause’ for J&J Vaccine Over Clot Reports

Log on to our Audio stream for In The Lab.mixlr.com/winn-media ... See MoreSee Less

Statement from CPDC on the La Soufriere Volcano Eruption in St Vincent and the Grenadines - https://www.winnmediaskn.com/?p=11179

"We Stand With You and We're Here to Help" High Command Tells RSCNPF Officers from St Vincent and the Grenadines - https://www.winnmediaskn.com/?p=11176

It took a last-minute goal from Kolonjie Clarke to

The Villa Grounds in Charlestown, Nevis was filled

Is due care and attention enough to avoid accident

The following is a press release from the Nevis To

St. Kitts and Nevis vaccination report as of Mon 1