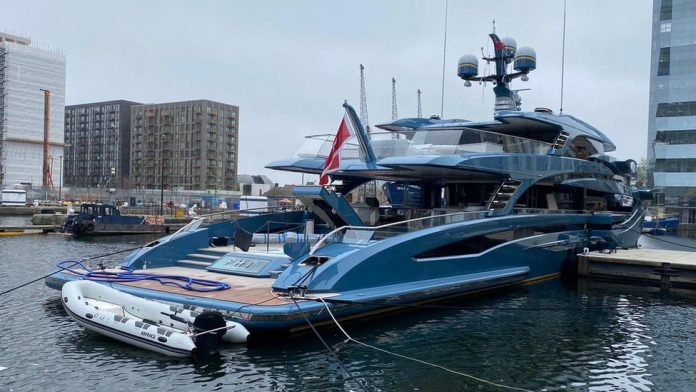 (BBC) The UK has seized its first superyacht in British waters as part of sanctions against Russia.

The £38m yacht, named Phi, is owned by an unnamed Russian businessman.

Transport Secretary Grant Shapps said the individual was not currently sanctioned but had “close connections” to Russian President Vladimir Putin.

The UK has introduced a raft of sanctions against Russian individuals and businesses following the country’s invasion of Ukraine.

The 58.5m (192ft) Phi was first identified as being potentially Russian-owned on 13 March but its ownership is “deliberately well hidden”, the government said.

It added that the company the ship is registered to is based in the Caribbean islands of St Kitts and Nevis but it carried Maltese flags to hide its origins.