Ukrainians helped us get out, says J’can student 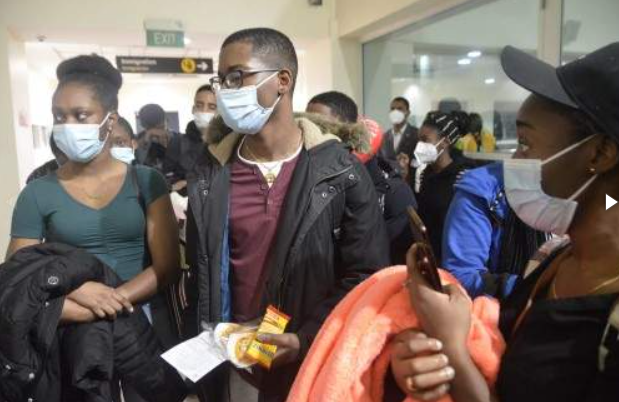 BY HORACE HINES (Jamaica Observer) MONTEGO BAY, St James — One of the 20 local tertiary students who on Wednesday arrived at Sangster International Airport in Montego Bay on a Eurowings flight from Frankfurt, Germany, after fleeing war-torn Ukraine has said that they would not have been able to safely leave the country without the help of Ukrainians.

The Jamaican students had gone to Ukraine to study but found themselves in the middle of a war after Russia invaded that European country on February 24.

During an interview with the Jamaica Observer shortly after arriving at the airport, Matthew DeSilva, an engineering student, expressed gratitude to the Ukranians and solidarity with the Eastern European country.

“I can only speak for myself right now. We entered Ukraine to study. We were welcomed by the Ukrainians. I also want to make this point clear to everybody, we wouldn’t have left the country without the Ukrainians. I mean, people whose sons are dying, whose fathers are dying, whose brothers are dying had no right to aid us, yet they did. We got so many lifts, there was food provided for us, and they didn’t have to do it, especially when their country is being destroyed right now,” DeSilva said.

“So a lot has happened. We are all grateful to be here and I can only show my appreciation to the country that I have left and wish them the best. I may be Jamaican, but my heart is Ukrainian,” he said.