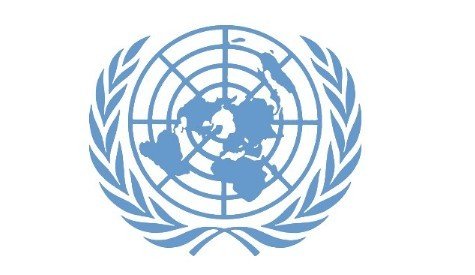 Bridgetown, Barbados – The United Nations Barbados and the Eastern Caribbean and the Government of Saint Lucia have reaffirmed, at the highest level, their mutual commitment to strengthen collaboration to address key national priorities and advance implementation of the Sustainable Development Goal (SDG) Roadmap, through a strategic Country Implementation Plan (CIP), among other policy instruments, to guide development in coming years.

Confirmation of this commitment came on Thursday, December 10, during a virtual high-level dialogue, hosted by the Government of Saint Lucia, and jointly chaired by Prime Minister the Hon. Allen Chastanet and the UN Resident Coordinator, Didier Trebucq.

In addressing the meeting, Mr. Trebucq said the dialogue was part of ongoing UN Reform and the UN Multi-Country Office Review, which will see Saint Lucia benefitting from more tailored support from the UN System, with emphasis on enhancing the UN’s cooperation to address SIDS vulnerabilities and other development challenges, increasing coordination and policy support, expanding the financing landscape, reducing transaction costs to Government and strategically supporting the country’s development portfolio.

Noting that the CIP is also aligned to the medium-term development strategy and 2030 Agenda , the UN Head explained: “We have decided to start first in Saint Lucia, also considering the firm commitment of yourself Prime Minister and your Government to the Agenda 2030 and the value you place in your partnership with the UN to leave no one behind.

This CIP, to be referred to as the ‘Saint Lucia – UN Implementation Plan, will interlink the country specific cooperation within the framework of the Multi-Country Sustainable Development Framework and the COVID multi sectoral response plan for the Eastern Caribbean.

As UN, we are committed to provide a more coherent and integrated support to Saint Lucia through this mechanism.”

Framing the joint UN support within the context of the UN Secretary General’s promise to Member States with the UN reform, and more recently the MCO review to better support SIDS, the Resident Coordinator maintained: “we now put it into practice.”

Noting that to date, the Government of Saint Lucia had spent some $68 million in income support as a result of the socio-economic impact of COVID-19, Prime Minister Chastanet outlined twelve key areas of support on which Saint Lucia expected to partner with the UN through the CIP.

Heads of Agencies from across the UN system, as well as Government officials and technical specialists, also participated in the dialogue, outlining existing areas of cooperation, as well as exploring opportunities for future collaboration.

Today’s high-level dialogue officially started the process leading to the development of the 2021 Saint Lucia-UN Country Implementation Plan, with similar talks expected to ensue for other countries within the Eastern Caribbean.