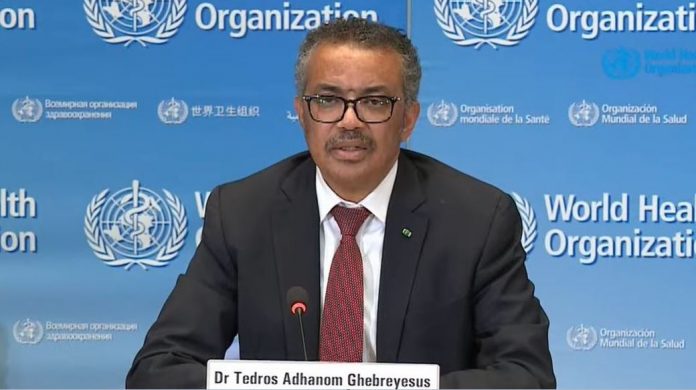 GENEVA (CMC)— The head of the World Health Organization (WHO) has vowed to end the scourge of neglected tropical diseases in the Caribbean and other places that affect more than a billion mainly poor people and thrive where there is little access to quality health services, clean water and sanitation.

In a statement released by WHO, Dr. Tedros Adhanom Ghebreyesus declared that a new approach is needed if diseases such as guinea worm and yaws are to be tackled.

“This means injecting new energy into our efforts, and working together in new ways to get prevention and treatment for all these diseases, to everyone who needs it,” he said.

Dr. Tedros unveiled this new approach in a 10-year plan, which targets a 90 percent reduction in the need for the treatment of neglected tropical diseases (NTDs).

WHO said the plan contains several concrete proposals in areas such as program delivery, cost-effectiveness and improved coverage, and calls for programs to be sustainable, with measurable outcomes and adequate domestic financing.

As well as causing pain and disability, WHO said NTDs hinder economic development by preventing children from going to school and adults from going to work.

“Those affected by disabilities and impairments caused by NTDs often experience stigma within their communities, leading to social isolation,” WHO said.

The plan, developed in consultation with a wide selection of countries, partners, stakeholders, scientists and academics, contains several ambitious targets, including the elimination of a minimum of one NTD in at least 100 countries, completely eradicating guinea worm and yaws, and vastly improving access to basic water supply and sanitation, WHO said.

“The progress made in fighting NTDs over the last 10 years is an encouraging indicator of what can be achieved in the coming decade,” the UN health agency said.

It said around 600 million fewer people are now at risk of these diseases; 42 countries have eliminated at least one NTD; and global programmes treated at least one billion people in the five-year period between 2015 and 2020.

“Significant threats still need to be overcome, however, including climate change, the threat of new diseases crossing over from animals to humans, conflict, and continued inequalities in access to healthcare services, adequate housing, safe water and sanitation,” WHO said.