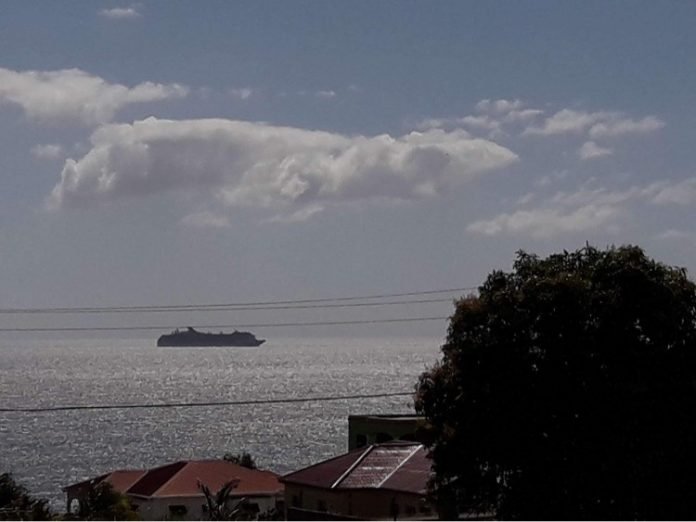 Update: In an update on the cruise ship seen lingering offshore, WINN understands that the ship identified as the Carnival Legend, is expected in St. Maarten on Tuesday 16 2021.

St. Kitts and Nevis (WINN): Over the weekend WINN became aware of an unidentified cruise ship lingering off the coast of St. Kitts in the Old Road Bay area, and questions were raised as to whether the ship would be safe harbouring as two previous cruise ships did in November 2020.

In seeking insight into the matter, WINN spoke with an official from the St. Kitts Tourism Authority who indicated that the ship is simply “lingering in Caribbean waters as they sometimes do” and currently there exists no indication of docking at our port.

The official also indicated that they were unaware of the name of the cruise ship.

Additionally, it was mentioned that no entry requirement forms have been processed and thus the ship should not be sailing in our exclusive waters.