Upgrades To Sporting Facilities Will Continue in 2021, Says Minister Powell 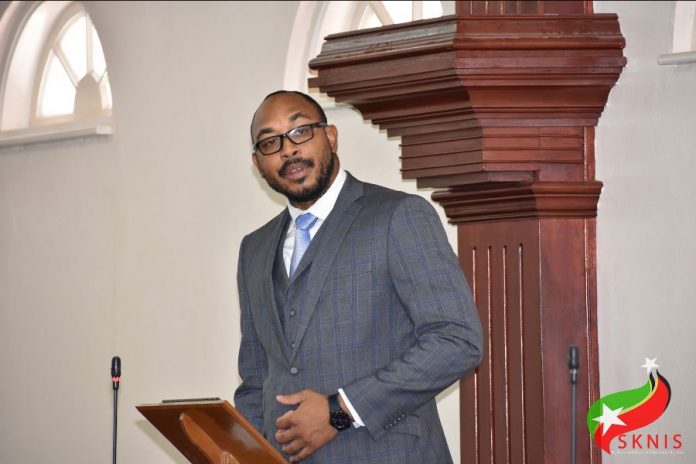 Basseterre, St. Kitts (SKNIS): The McKnight Community and other persons attending events at the Garden’s Sporting Complex will soon have an improved experience when renovation work on the facility is completed.

Minister of Sports, the Honourable Jonel Powell, noted that work on the complex began this week and will include replacement of the roof, installation of new outdoor sports lights, and a complete paint job.

Outdoor sporting facilities around the island will also be upgraded.

During the Budget Debate, Minister Powell told the parliament on Friday (December 18, 2020) that more than $71,000 has been spent to date to upgrade the Conaree Sporting Complex. In 2021, new bleachers and changing rooms will be added.

In Cayon, the St. Mary’s Pavilion has been upgraded with the construction of bleachers to the tune of $122,000. The new Sandy Point Recreation Ground has also been enhanced. Construction of the pavilion was completed. The basketball area in Sandy Point, commonly known as the Hard Court, saw the addition of changing rooms and enhancement to the outdoor sports lighting. Two additional lighting poles are scheduled to be installed. The work at Sandy Point costs $117,000.

Residents of Tabernacle and the surrounding communities also saw the continuation of extensive upgrade works at the Playing Field. Two, two-story pavilions are being built. One pavilion will feature change rooms with lockers and a VIP area. The second pavilion features a kitchen, dining area, bathrooms and meeting rooms. Minister Powell said an additional $1.24 million has been earmarked for the project in 2021.

Repair work has also been carried out at a number of other sporting facilities including St. Peter’s, Molineux, Verchild’s, Warner Park, and the Kim Collins Athletic Stadium to name a few.