US Cultural Preservation Programme funds Bath Hotel conservation and stabilisation project with a US$108,000 grant 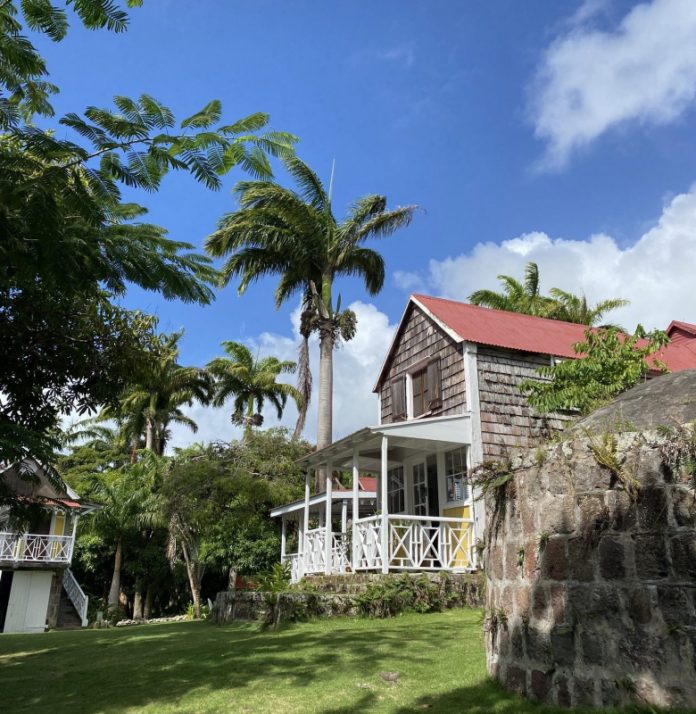 St.Kitts and Nevis (WINN): The Nevis Historical and Conservation Society (NHCS) is the recipient of a grant from the U.S Department of State’s Global Ambassadors Fund for Cultural Preservation Programme to begin a conservation and stabilisation project at the Bath Hotel in Nevis.

The Bath Hotel is the oldest hotel in the Caribbean, constructed in 1778.

The grant totalling more than US$108,000, will assist with engineering work at the Bath Hotel, which includes electrical wiring and plumbing, repairs to sealing of the roof, windows and doors and the repointing of stonework.

According to the NHCS, “the urgent conservation and eventual rehabilitation of the site will expand the use of the Bath Hotel and hot springs so that they may continue to be used and enjoyed by the community and visitors alike.”

Premier of Nevis, Hon Mark Brantley, joined by Ambassador to the Organisation of the Eastern Caribbean States Linda Taglialatela and NHCS President Mr Richard Lupinacci, led the signing ceremony to launch the project on Tuesday, November 22.

Also in attendance to witness the signing ceremony were the Deputy Governor General of Nevis, Her Excellency Mrs Hyleta Liburd, Deputy Prime Minister Hon. Dr Geoffrey Hanley, Deputy Premier Hon. Alexis Jeffers, Mr Damien I-Ching Liu from the Embassy of the Republic of China (Taiwan), NHCS Board Directors and other senior officials in the Premier’s Ministry.

The ceremony was followed by a tour of the Bath Hotel and Hot Springs and a brunch at the Hermitage Hotel.

As disclosed by the U.S. Embassy, the Ambassadors Fund for Cultural Preservation is a highly competitive programme that receives proposals from museums, ministries of culture and Non Governmental Organisations from around the world requesting sponsorships.