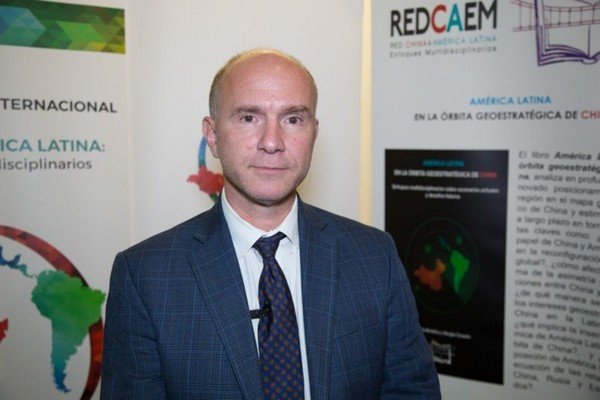 NEW YORK, United States (CMC) — A United States researcher is predicting that 2022 will likely be a “mercurial but ultimately very difficult year” for Latin America and the Caribbean as well as the Biden administration’s engagement in the region.

Writing for Global Americans, a New York-based think tank that specialises in providing analysis and opinions about the Americas, including the Caribbean, Dr Evan Ellis said this year will begin with hope that the region is “slowly gaining the upper hand in its battle with COVID-19”.

Ellis, a non-resident senior associate in the Americas Programme for the Washington-based Center for Strategic and International Studies (CSIS), said that 2022 will also start with hope that “the continuing string of victories by left-of-centre parties, the consolidation of authoritarian populism and the advance of the People’s Republic of China (PRC) will not have the negative consequences that some fear.

“By the end of the year, that optimism will likely be strained by a combination of problematic behaviour by the radical left and populist authoritarian regimes, further significant electoral advances of the populist left, and increasing challenges from organised crime, political instability, fiscal and economic crises, and refugee flows,” said Ellis, who previously served on the US Secretary of State’s policy planning staff with responsibility for Latin America and the Caribbean.

“Violence involving terrorist groups in Venezuela, such as the FARC and ELN, will raise the prospect of military action spilling over into the territory of Venezuela’s neighbours,” he warned.

On the China-Taiwan issue, he is predicting that “2022 will likely see the Caribbean become a new area of focus, including the possibility of a flip by the current government of St Lucia, which currently recognises Taiwan but previously recognised the PRC, or by the next government in Haiti”.

As the region moves beyond the economic paralysis of COVID-19, Ellis said a range of temporarily-stalled Chinese projects may begin, adding that the role of Chinese companies in 5G, biotech, ridesharing and other e-commerce will be “contributing to a sense that PRC-based companies are advancing everywhere”.

Across Mexico, Central America and the Caribbean, he cautioned that the deterioration of the security situation and the continuing influence of organised crime will “highlight the cost of the lost US ability to engage, let alone substantially influence, its partners in the region, even tiny El Salvador, on issues of organised crime, immigration, or China, or secure cooperation on such issues in once-reliable multilateral institutions such as the OAS (Washington-based Organization of American States).

“That visibly weakened US posture will contribute strongly to the recapture of the House of Representatives by the Republican Party in the November 2022 US midterm elections,” Ellis said.

The researcher said the result will likely be more conflict, stagnation and attention to the increasing challenges for the United States in the Western Hemisphere, albeit not likely significant solutions under a split Congress.

“In short, in 2022, the United States will find that after a few initial signs of hope, the hemisphere to which it is intimately bound by ties of geography, commerce and family is more dangerous, less democratic, less stable, less willing to cooperate, and more engaged than ever with its extra-regional rivals.

“Predictions are imperfect, however, it is possible that some of the anticipated glimmers of hope at the beginning of the year will fail to materialise, and the region will plunge more rapidly into crisis,” Ellis wrote.