US Restates Commitment To Upholding Democratic Values in the Caribbean 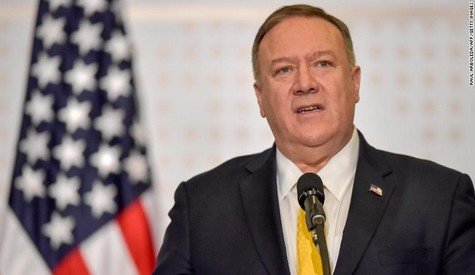 WASHINGTON, USA (CMC) – The United States says it is committed to making the Caribbean safe and more prosperous as it congratulated St Vincent and the Grenadines on the celebration of its 41st anniversary of political independence from Britain on Tuesday.

St Vincent and the Grenadines is among three CARICOM countries that will be observing their independence in the coming days. The others are Antigua and Barbuda on November 1, followed by Dominica on November 3.

US Secretary of State Michael Pompeo, in his congratulatory message to Kingstown, said, “the United States is committed to helping make the Caribbean safer and more prosperous, while upholding democratic values and human rights.

He said that the joint law enforcement efforts between Washington and Caribbean countries “have intercepted drug traffickers and disrupted their operations, and we have worked together to combat COVID-19 for the health and well-being of our citizens.

“The United States values the relationship between our two countries,” he added.