US$35,000 to be Used for the Build-Out of an Anti-Doping Secretariat 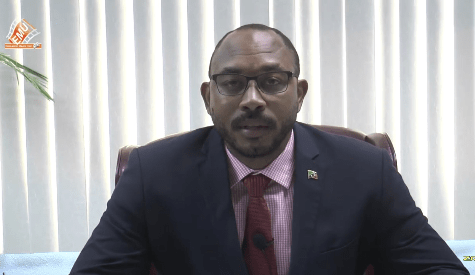 St. Kitts and Nevis (WINN): The Department of Sport has received, through the assistance of UNESCO, a grant of US$35,000 directed at the further development of the Secretariat of Anti-Doping.

The announcement was made by Jonel Powell, Minister of Youth, Sports, and Culture during the Tuesday 16 edition of Leadership Matters.

The US$35,000 is to be used for the build-out of the Secretariat as well as education efforts toward anti-doping.

The grant was as a result of work done by the Department of Sports to set up a Secretariat of Anti-Doping as well as efforts by its heads Mattaniah Wallace and Shawn Seabrookes, that led to St. Kitts and Nevis being placed on a temporary list of compliant countries.

“Just this week (Feb. 15 – 20) we’d have received notice from WADA the World Anti-Doping Association to inform us that after many many years St. Kitts and Nevis has been placed on a temporary list of compliant countries. This compliance will be confirmed in October,” explained Powell.

Powell congratulated Wallace and Seabrookes on the work done.