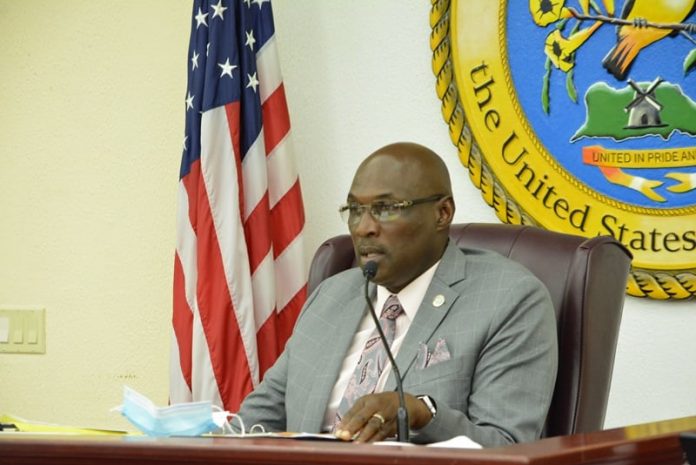 (VI Consortium) Senator Novelle Francis has withdrawn his online sales tax measure following swift backlash from the community, along with a stinging rebuke from the St. Croix Chamber of Commerce on Thursday, which called the bill a “job killer.”

The Consortium brought the measure to light Wednesday after it was mentioned by Governor Albert Bryan in a press release promoting potential funding opportunities for the Government Employees’ Retirement System. In that release, Government House said, “The Remote Sales Tax bill that Senator Francis is proposing is similar to a bill proposed by Governor Bryan and is patterned after an Internet Sales Tax. The Governor and Senators currently are combining the two bills into legislation acceptable to both parties. Revenues from a Remote Sales Tax could be used to pays GERS’ unfunded mandate.”

Mr. Francis said Friday afternoon that the good bits of the bill were being overshadowed by what he said was inaccurate information on social media. “I have heard and respect the concerns of the community regarding the proposed legislation,” Mr. Francis said. “Unfortunately, the merits of the bill have been drowned out by the inaccurate information on social media.”