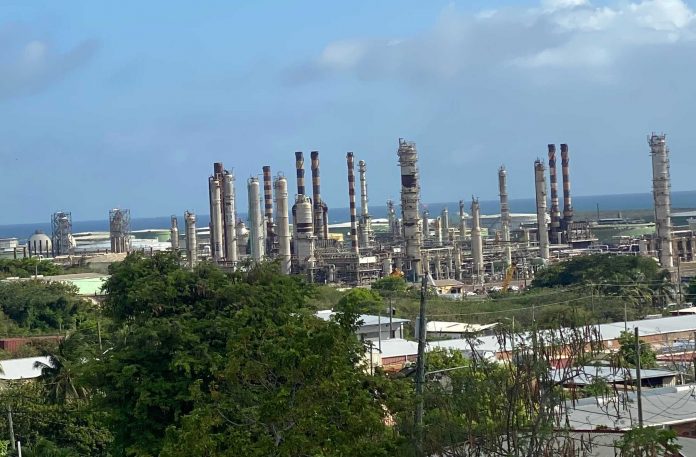 (VI Consortium) The V.I. government on Tuesday filed a limited objection against the transfer of the USVI Operating Agreement from Limetree Bay to West Indies Petroleum, an action the government is hoping can come to an amicable conclusion ahead of the January 21 deadline to complete the auction sale to WIPL and its partner, Port Hamilton Refining and Transportation.

The government’s objection is based on what it said was language not included in a “Notice of Designation of Assumption and Assignment of Executory Contract” filed by Limetree Bay Refinery that designated the USVI Operating Agreement dated July 2018 to WIPL and Port Hamilton Refining.

“The USVI files this limited objection to preserve the USVI’s rights, particularly its right to receive the correct cure amounts while the parties continue to cooperate to reach a consensual resolution,” reads a portion of the filing, seen here.

The government says the $7.5 million must be paid before Limetree Bay can get into any agreements related to assumption of contracts. “In order for the debtors [Limetree Bay Refinery] to assume and assign any contracts, they must, [among other things], promptly cure all defaults,” the V.I. government said in its filing.

On Dec. 30, 2021, the parties, including the V.I. government and Limetree Bay Refinery, filed what is called a Stipulation and Agreed Order that extended the deadline to object to the “Assumption and Assignment of Designated Contract” from Limetree Bay to WIPL and its partner, Port Hamilton. The extension, which allowed the parties to negotiate, expired on Tuesday, and the parties were unable to reach an agreement — prompting the V.I. government to file its objection.

“As of the date of this filing, the parties have not yet reached an amicable resolution but continue to work toward that goal,” the V.I. government stated in its Tuesday filing.

The government made clear that it wasn’t against the sale of the refinery; its goal is to secure funds owed. “Despite this limited objection, the USVI fully supports the debtors’ and purchaser’s efforts to restart operations at the refinery,” reads the filing. “The USVI intends to continue to negotiate in good faith and expect that the parties will be able to present a consensual resolution to this matter before the date set for hearing before the court.”

Judge David Jones on Dec. 21 approved the auction sale of Limetree Bay Refinery to West Indies Petroleum. The auction was held in U.S. Bankruptcy Court for the Southern District of Texas.