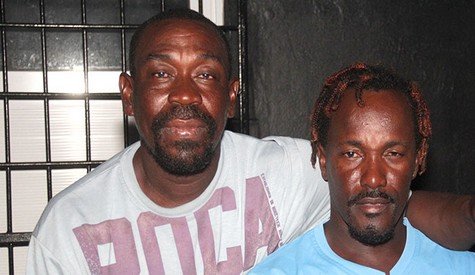 (iWitness News) Two Vincentian fishermen are happy to be alive after an encounter with 10 “Venezuelan” pirates, who threatened to kill them or take them to the South American nation and demand a ransom.

“I gave up everything, to be honest. That is the last for my life. I thought I was going to dead,” one of the fishermen, Canold Miller, 38, of Barrouallie, told iWitness News on Saturday.

Miller, along with his captain, Cliff Young, aka “Fella” of Clare Valley, –and who operates from Rose Place, Kingstown –said they had the encounter in Vincentian waters some 65 miles south east of Kingstown.

The men were robbed of their money, GPS, fishing equipment, food and water, and a portion of their catch and were then ordered to sail south or be killed, even as the pirate vessel went east.

Miller, who is also known as “Nunks” said they were aboard their 20-foot pirogue, which is outfitted with a single 75hp outboard engine when the incident occurred between 2 and 3 pm.