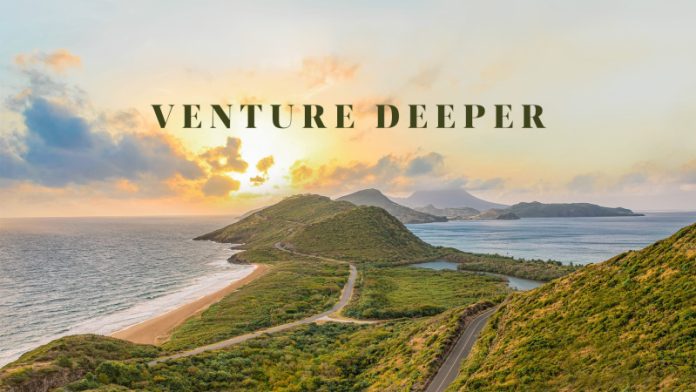 The campaign dubbed “Venture Deeper” highlights the natural beauty and other unique qualities of St.Kitts, such as the island’s lush green rainforest, white sandy beaches, panoramic view of the sunset, culture, local cuisine and historical sites.

A video posted on the St.Kitts Tourism Authority’s website, showcases the island as a place for the entire family. It also features the dormant crater of Mount Liamuiga and the UNESCO World Heritage Site, Brimstone Hill as tour options.

Another video headlined, “Make time for love” indicates that there are many opportunities for romance on the island.

The Minister of Tourism in the Government of St.Kitts and Nevis, the Hon Marsha Henderson says “Venture Deeper” suggests that St. Kitts is more than a beach destination; it has many unique experiences. She also stated “We see the campaign launch as an investment in the tourism industry, particularly coming out of the Covid. Visitors are asking for more immersive experiences, so we feel this launch has been timely and shows our commitment.”

Henderson was joined by other Tourism officials as they encouraged individuals to discover the factors that set the island paradise of St. Kitts apart from all other islands.

The campaign launch will move to other countries; the United Kingdom, Canada and Jamaica over the next few months.