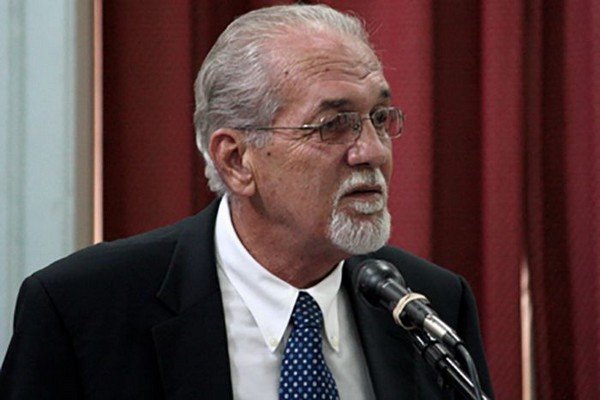 (CMC) Prime Minister Dr. Ralph Gonsalves Monday said that one of his senior government ministers is stable and had suffered no deterioration after being flown to Barbados on Sunday following a stroke.

Doctors at the Milton Cato Memorial Hospital (MCMH), where Francis was taken after falling ill on Sunday, stabilised him well, the prime minister said, adding that in cases such as Francis’ the government either brings the neurosurgeon to St. Vincent or fly the patient overseas.

“He is in good spirits, he is alert, there is no deterioration, they are trying to bring down the blood pressure. In the circumstances, it would be elevated,” Gonsalves said, adding that in the next 24 to 48 hours, Francis will undergo another CT scan or appropriate diagnostics intervention.

“So at the moment he is resting comfortably, there is no deterioration and he is alert. So all that is good news,” Gonsalves said.

He said he was advised that “a particular kind of issue” can be dealt with non-surgical intervention.

“I want to thank the nurse and the doctor who accompanied him to Barbados. This is not an unusual thing that we do and we have them come back the same night. And they all did a splendid job and I want to thank them publicly,” he said.

Gonsalves said that the Parliament sitting scheduled for Monday will go ahead as planned.

“If there is no deterioration of Julian’s condition that is all the more reason to have a convention to add to the celebration,” he said of the ULP’s convention, scheduled for Sunday.

“The Labour family knows how to come together and lift any fallen brother or sister. That is how we are that is in our DNA. It is an echo in our bones, a noise in our blood as the Labour family. And while we pray for the improvement of Comrade Julian for him to come back to good health and then to let the doctors and nurses do what they have to do,” Gonsalves added.