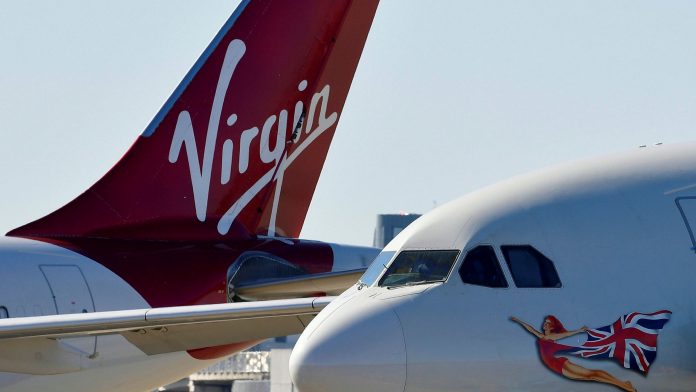 LONDON (Reuters) – Virgin Atlantic, Richard Branson’s airline which has been hammered by the pandemic, is close to finalising a deal to raise just over $230 million from two planes, enabling it to repay a loan taken on as part of its rescue deal last year.

COVID-19 restrictions stopped significant levels of travel on Virgin’s main UK to U.S. routes during 2020, bringing the airline to its knees. To survive the crisis it shed almost half of its 10,000 workforce and underwent a “solvent recapitalisation” last September.

The latest phase of that plan is the sale and leaseback of two planes with Griffin Global Asset Management which a source close to the company said was on schedule to complete this week, and would raise just over $230 million for the airline.