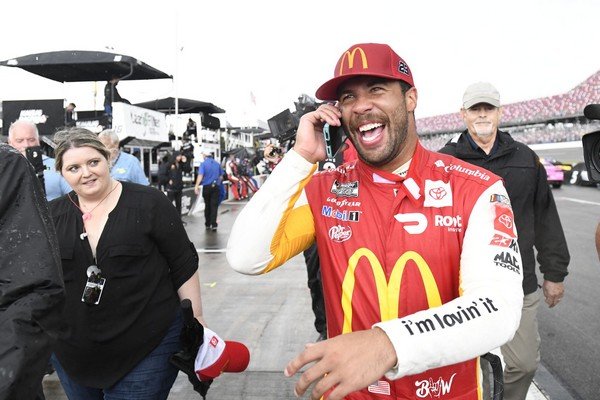 (Reuters) – Bubba Wallace held back tears while reflecting on the long road that led him to his first-ever NASCAR Cup Series win at Talladega Superspeedway on Monday.

His victory in the YellaWood 500 came after a rainstorm cut the race short with Wallace in the lead, making him the first Black driver to win a race in NASCAR’s premier series since Wendell Scott did so in 1963.

“I never think about those things,” Wallace said when asked about his historic achievement.

“But when you say it like that, it obviously brings a lot of emotion, a lot of joy to my family, fans, friends. It’s pretty damn cool. Just proud to be a winner in the Cup Series.”