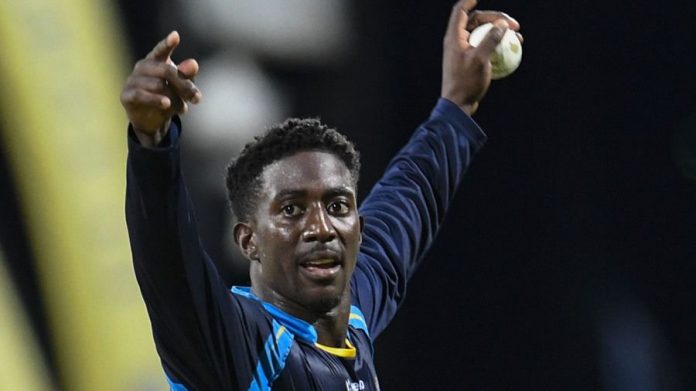 The Jamaican, also a CWI director, said the incubation period for the novel coronavirus was between five and seven days, and pointed out that Walsh tested negative before departing the Caribbean and negative again on arrival in Bangladesh last Sunday.

However, the 28-year-old returned a positive test three days later, with a follow-up test confirming the positive result.

“If you go back five to seven days, you’d recognise this was picked up when he was in the Caribbean and not en route or obviously not while in Bangladesh,” Dr Mansingh told CBC TV 8 Sports here.

“That is why certain measures are taken. For example, we encourage the players to isolate themselves for about two weeks before they leave the islands because you want to reduce your exposure.

“Number two, throughout the transportation – that’s by airlines and in the airports – they’re told to wear their mask, maintain physical distancing because that’s going to minimise the chance of transmission to any other team member.”

He added: “When they got to Bangladesh, they went straight from the airport to their individual rooms where they remained isolated.”

Walsh has been placed in isolation in a separate wing of the team hotel in Dhaka, and will need to return two negative tests before he is released.

He is the only player to have tested positive in the travelling contingent. However, his teammates will continue to be tested despite having started training for next week’s first One-Day International (ODI).

Fast-bowling all-rounder Romario Shepherd returned a positive test before leaving the region and was replaced in the squad by Barbadian pacer Keon Harding.

Mansingh, who toured Bangladesh last November on a reconnaissance tour to review health protocols at venues, hospitals and airports on behalf of CWI, said Walsh would now receive the best possible care available.

His only interaction will come with the medical personnel already within the established biosecure bubble on tour.

“Having visited I can tell you that the isolation areas are actually a much better area for the person because we recognise they’re in isolation so there’s a suite with a living, bedroom and so on, so they’re relatively comfortable while they’re there,” Masingh explained.

“We do have further contingencies in the unfortunate event that somebody becomes symptomatic and requires hospitalisation, and they’re dedicated COVID wing within their top hospitals, with COVID equipped ambulances which can come and pick you up, were that to happen.”

He continued: “[Walsh] is asymptomatic and 80 per cent of positive tests remain asymptomatic, and we’re hoping that he would just continue [being asymptomatic].

“He has to remain in isolation until he returns two negative tests which would usually take between one to two weeks. Until then, he’ll just have to stay in that area.”

Walsh is the first West Indies player to test positive for COVID-19 while on tour, with the Caribbean side having previously toured England and New Zealand last year amidst the ongoing pandemic.

The tour of Bangladesh has been overshadowed by the withdrawal of 10 players, all of whom declined selection because of concerns over the COVID-19 situation in the South Asian country.

Bangladesh health authorities on Saturday announced 578 new COVID-19 cases, to take the overall tally to 527,063, while reporting an additional 21 deaths, to bring that toll to 7,883.

West Indies are set to take on Bangladesh in the opening ODI next Wednesday.