Water crisis in St. Kitts; Minister of Utilities assures that problem will be remedied 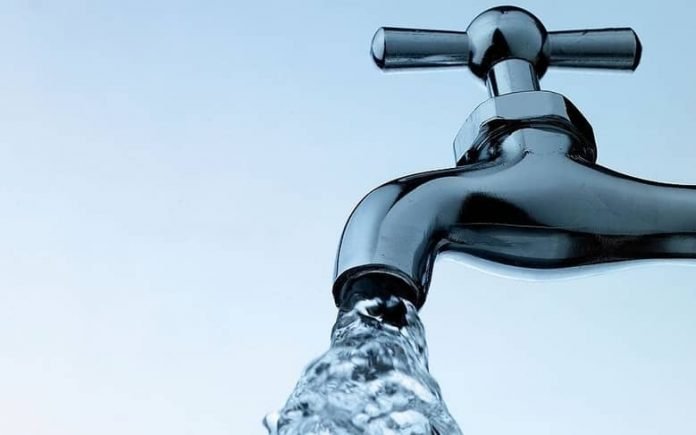 St. Kitts and Nevis (WINN): St.Kitts and Nevis is considered a water-scarce country as it currently doesn’t have the ability to meet the demand of the overall population.

Moreso, on the island of St.Kitts, the complaints are increasing daily as frequent water supply to several villages isn’t possible. Minister of Utilities- Hon. Konris Maynard said currently, the city of Basseterre and surrounding areas are experiencing significant water shortages due to extreme low levels of water at the Laguerite Reservoir.

“Greetings everyone. I am here at the Laguerite Reservoir. This Reservoir feeds much of Basseterre including The Village area and I am aware that we have been having a lot of complaints about water not being available. The reason is and the reality is that there is simply not enough water.”

Maynard informed that the Laguerite Reservoir holds approximately 800,000 gallons of water; but at present, it is at “rock bottom.”

“The water coming in is not filling it fast enough, compared to that-that is going out. This [reservoir] helps to feed all the businesses in town, all the areas in Basseterre; and if you know, Basseterre- downtown is actually lower than The village area. The water that is leaving this tank is going down there and filling up the area down there in Basseterre, but there’s not enough pressure to help build the water back up to the Village because the [water in the] tank is so low.”

Maynard added, “The challenge is, there just isn’t enough water and that is why I want to stress on the importance of conservation. We have to conserve water. We need to pull back our use of water. People in the Basseterre area, I am calling on you to limit the amount of water you use. That is going to help to fill up the tank at a certain level, so we can feed other areas.

The Minister of Utilities on Wednesday afternoon, December 21 said that the St.Kitts Water Services Department would turn off the water and allow the tank to fill so that adequate water supply will be available in the Basseterre area again. However, Maynard said, the solution for the water issue is not short term, but negotiation is underway to bring some relief to the people.

We’re going to do some short immediate things that we hope will bring some relief. We are in talks with Royal Utilities at Marriott, to get Marriott to use some of their excess capacity of desalination and pump into the Frigate Bay area. That will hopefully give us maybe 150,000 gallons a day or there about, so we then can divert that water that usually goes to Frigate Bay, to other areas of Basseterre; which will then help to divert some of this water to other areas of Basseterre, like The Village area. So, we’re working on that.”

For weeks and even months in some cases, consumers residing in the Basseterre area have been complaining of significant water shortages; highlighting that they cannot effectively perform their usual hygiene practices, such as having a shower, flushing their toilet and washing.

Water shortage is also an issue in other areas of the island. Residents in the Cayon village have for years complained of low or no water supply to their homes and most recently the village of Shadwell and the St.Peters area.

During the 2023 Budget Debate in the House of Parliament on Monday, December 19, Maynard mentioned that well drilling will begin in 2023; first in Cayon, followed by Shadwell; and possibly would supply about 600,000 gallons of water to those villages and other surrounding areas.