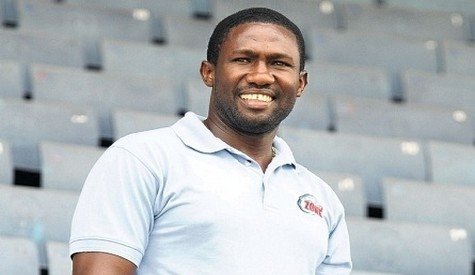 Hinds was the sole nominee for the post and was unanimously approved as the club’s new leader. He was elected after former president Whycliffe “Dave” Cameron did not seek re-election.

The 141-year-old club held its annual general meeting and election exercise at the clubhouse on Thursday.

Hinds, in his brief remarks following his elevation, urged the members of the club to “protect the assets of the newly upgraded facility”. He also wanted the club to “continue with its development programmes from Under-15 all the way to senior”.

He added that the club must maintain its core values of integrity, respect and richness in spirit, talent and love.

Hinds, with the support of the membership gathered, appointed Cameron president emeritus, which allows him to be a part of the new executive.

Cameron served in the role of president since 2001 and has been a member of the club for just about four decades. In his remarks, he thanked the community, membership and the partners of the club for their support. He succeeded the late Vincent Wong and Noel Silvera.

Cameron is firm in his belief that Kensington can be transformed into a “modern-day sporting organisation with great business partnership aimed at creating world-class players”.

Over the last three years, the club won three major trophies and is the defending Jamaica Cricket Association Twenty20 champions. In the incomplete, senior cup competition, the team played four matches this season which was cut short because of the novel coronavirus pandemic.